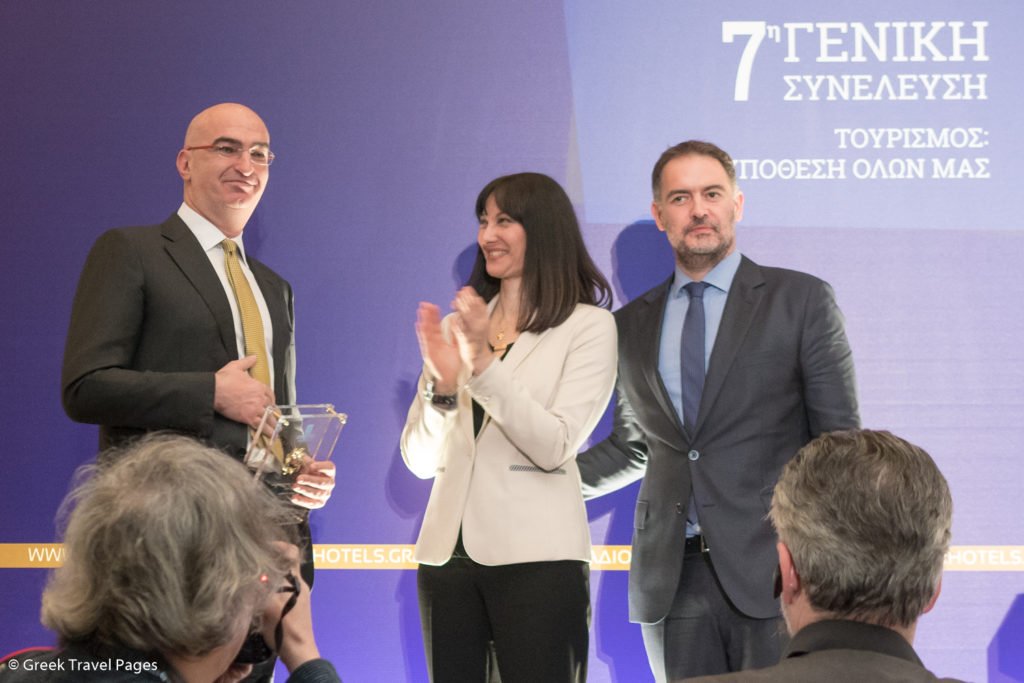 In recognition of his continuing years of dedicated service to the Hellenic Chamber of Hotels (HCH), Giorgos Tsakiris was appointed Honorary President of the chamber on Friday.

The announcement was made during the 7th HCH General Assembly by the chamber’s president, Alexandros Vassilikos, who succeeded Tsakiris in December.

“Giorgos Tsakiris is an endless source of knowledge for all of us. He inspired and inspires us with his rare character and creative energy,” Vassilikos said, referring to Tsakiris as a hotelier who constantly improves his business, having the upgrading of hospitality services at the center of his interest.

Giorgos Tsakiris had served two four-year terms as president of the HCH from 2009-2017.

“And for those of us who had the joy, luck and honor to work with him, he is a straightforward and fair man who fought for the industry and served it for over 20 years with rare passion and efficiency,” Vassilikos concluded.