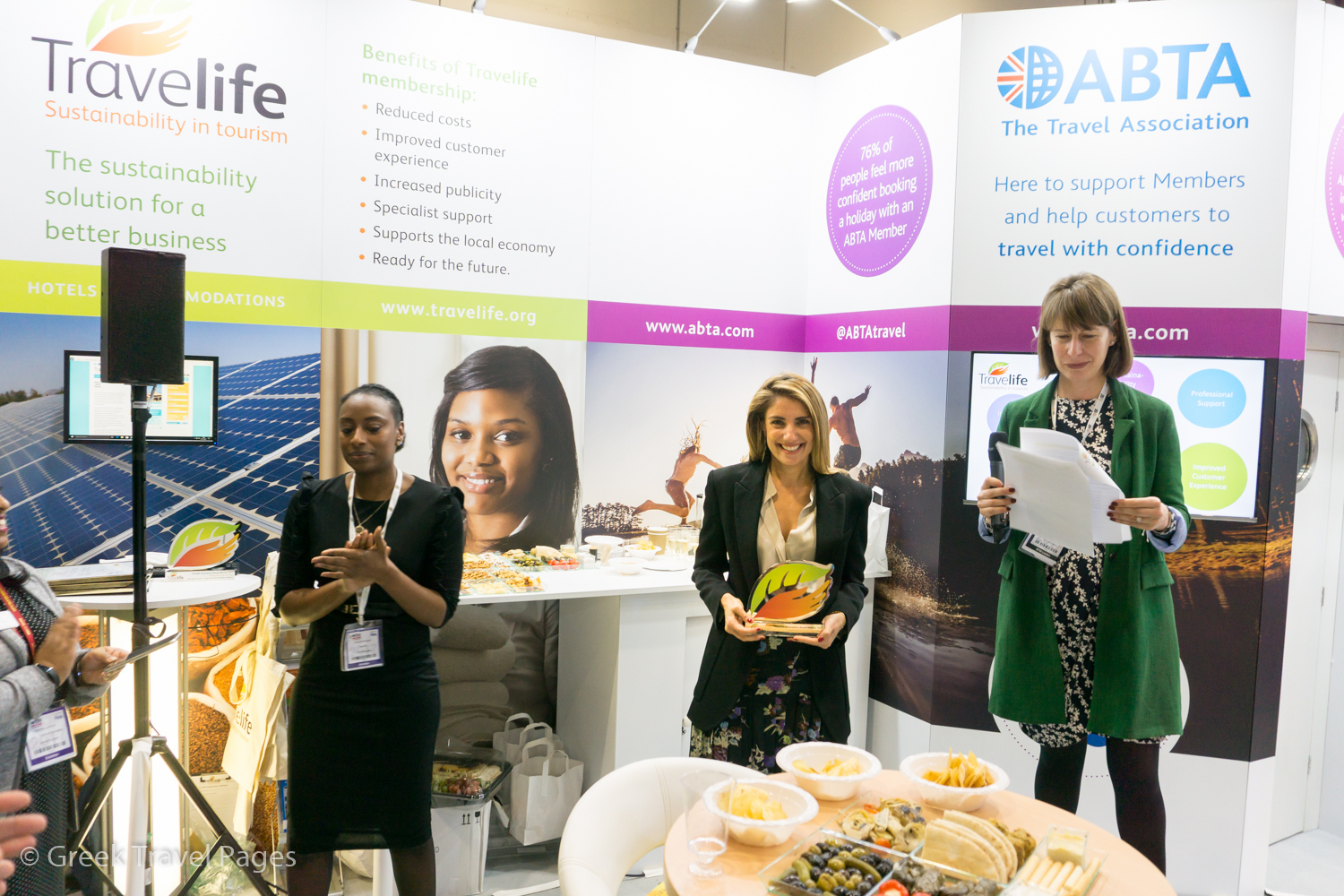 The Agapi Beach Hotel in Heraklion, Crete, was announced a Travelife Champions Award winner during a special award ceremony held by Travelife on the sidelines of this year’s World Travel Market (WTM) in London, held November 6-8. 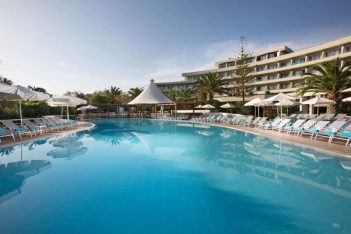 The hotel was honored in the category “Celebrating Cultural and Culinary Heritage & Involving Guests” for supporting initiatives towards sustainable development and the conservation of local heritage by participating in the Futouris project “sustainable winegrowing”.

The award was received by Agapi Sbokou, managing director of Sbokos Hotel Group. “It is a great honor for us to receive this award for Agapi Beach,” Sbokou told GTP Headlines.

“We are very proud of the actions that are taking place in this direction and we believe that the upgrading of the Greek tourism product is definitely going through such processes and initiatives,” she said.

The Agapi Beach Hotel is one of the 220 Greek hotels that have been certified by Travelife. 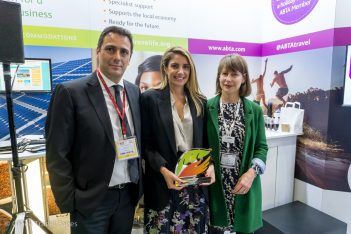 Milonas said that the conditions have matured in the Greek market and that some destinations are slowly but surely becoming sustainable.

The Travelife Champions Award category “Celebrating Cultural and Culinary Heritage & Involving Guests” was launched for the first time this year, which is the UN International Year of Sustainable Tourism for Development.

“We wanted to recognize a lot of the work that the hotels have been doing and actually use it as a showcase for other hotels in the same regions, so they can see what they can do to work on some of these challenging issues,” Travelife’s Director of Destinations and Sustainability, Nikki White, told GTP Headlines.

Referring to Greek hotels, White said that there has been great engagement and improvement from a few years ago as hoteliers have a better understanding of sustainability. She also mentioned that some problems are issues that depend on the national infrastructure. “For issues around waste in Greece, for example, how do we get the support from the regional governments to really help overcome these problems, beyond just the hotels being able to do things in their own environment?” White said. 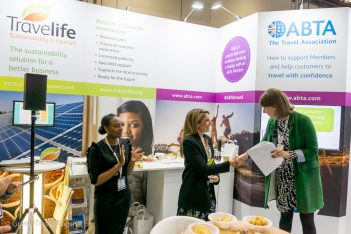 Travelife’s award ceremony, held at the stand of the Association of British Travel Agents (ABTA) at WTM London, was held to honor the hotels for supporting sustainability in the accommodation sector.

“The event was held in recognition of all the hard work that hoteliers have put in and for our partners, including the auditors and the whole Travelife team as well, raising the awareness of Travelife but really, fundamentally working on difficult issues in hotels… not always easy to tackle, but through Travelife we have got a good community of people supporting each other to understand how to overcome some of the more challenging, sustainability issues,” White added.