‘International Year of Sustainable Tourism for Development 2017’ Kicks Off 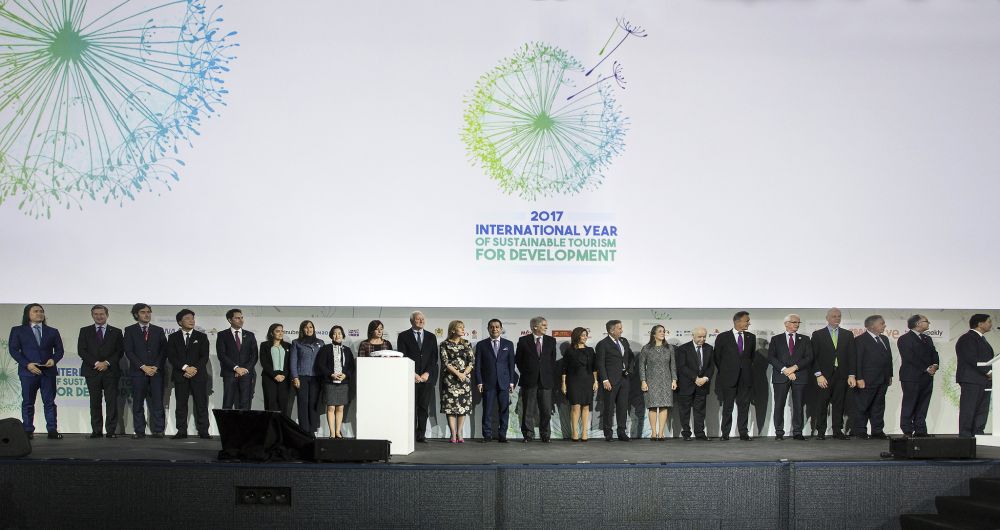 The official launch will be followed by 12 months of global actions aimed at advancing sustainable tourism contribution to the 2030 Agenda for Sustainable Development.

“2017 is a unique opportunity for us to promote the contribution of tourism to achieving the future we want – and also to determine, together, the exact role we will have tourism play in the sustainable development agenda, to and beyond 2030”, said UNWTO Secretary General, Taleb Rifai, opening the event.

“A unique opportunity to ensure that tourism is a pillar in achieving the 17 Sustainable Development Goals (SDGs)”, Rifai added.

Attended by some 600 participants, the event underlined the immense socio-economic opportunities brought by the sector to all societies as well as its power to advocate for mutual understanding, peace and sustainable development worldwide.

Participants at the event included over 60 ministers of tourism; Elzbieta Bienkowska, European Commissioner for Internal Market, Industry, Entrepreneurship; and SMEs and the Prime Minister of Georgia, Giorgi Kvirikashvili.

The event also marked the launch of the International Year campaign “Travel.Enjoy.Respect”, aimed at promoting sustainable tourism among travelers in partnership with CNN and RTVE.