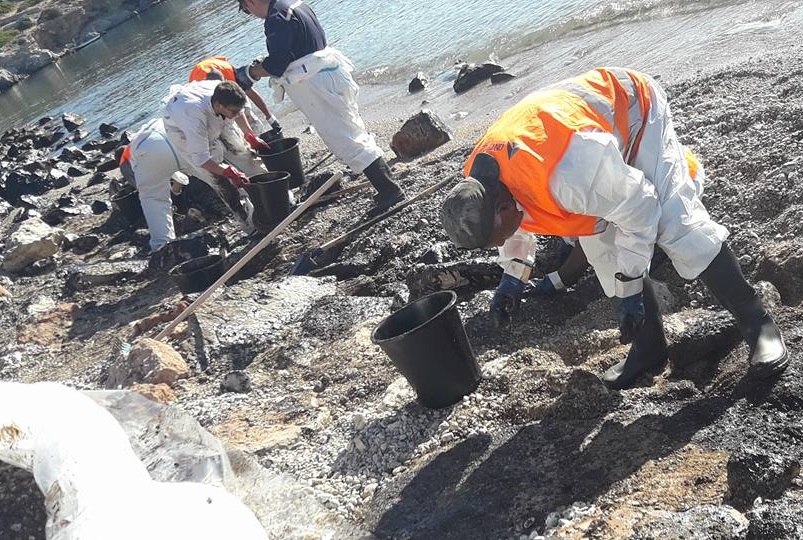 A team of Dutch experts is expected to arrive in Athens by Sunday to provide assistance to the Greek authorities that are currently trying to contain the massive oil spill in the Saronic Gulf.

The oil spill, caused by a tanker which sunk off the coast of Salamina earlier this week, has affected Attica’s coasts from Piraeus to Glyfada.

The mayors of Athens, Giorgos Kaminis and of Salamina, Isidora Papathanasiou-Nannou asked for the support of Rotterdam’s municipal authorities, during the Athens Mayors’ Forum, which was held on Friday in Athens.

Speaking to reporters, Rotterdam Mayor Ahmed Aboutaleb said the Dutch team will arrive in Athens this weekend. It will include an expert on chemical substances from the port of Rotterdam and a representative of a private company specializing in methods of cleaning up oil-spills from the ocean. “Our team of experts can offer advice and technical support to the Greek Ministry of Environment. We will do our best to provide assistance,” Aboutaleb said.

Salamina Mayor Isidora Papathanasiou-Nannou spoke of the municipality’s efforts to contain the oil spill. According to Nannou, the effects are evident on Salamina’s two-kilometer coast: local catering businesses have shut down, while residents have left their houses due to the intense smell of oil.

“The anti-pollution process must be completed as soon as possible in order for the local businesses to reopen and the residents to return to their homes,” Salamina Mayor told reporters during the press conference. “ We will take legal action in order to have access to the investigation file, so we can find out what really happened and avoid such mistakes in the future,” Nannou added.