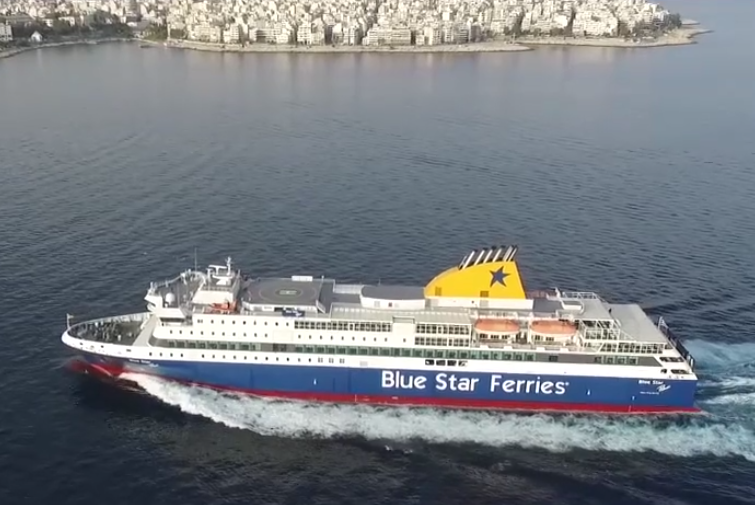 Six tugs reset the Blue Star Patmos afloat on Wednesday after it ran aground near Ios island last month leading to the emergency evacuation of some 205 passengers.

A fleet of tugs manoeuvred the damaged vessel off the rocks after 500 tonnes of fuel was recovered. It was then moved to the port of Ios to unload the 21 cars and 12 trucks on board.

In the meantime, expert divers inspected the hull for damage conducting minor sealing work with additional inspections, assessment of damage and repairs to follow.

Built in 2012, the 2,000-passenger capacity Blue Star Ferries, ship which was sailing from Piraeus to the islands of Syros, Paros, Naxos, Ios, Santorini and Anafi, sustained a 90-meter-long hull breach below the water line when it crashed into the rocks on August 30 with 205 passengers and 87 crew members on board.

One of the largest ferry operators in Greece, Blue Star Ferries links the Greek mainland to over 20 destinations.