Greek Pilsner beer “56 Isles”, produced by a local microbrewery on Paros, is among the Great Taste winners of 2017. “56 Isles” is the only Greek beer with a Great Taste award.

Often referred to as the “Oscars of the food world”, the prestigious Great Taste Awards are organized by the UK’s Guild of Fine Food to celebrate the very best in food and drink. “56 Isles” was judged among 12,366 products by over 500 of the most demanding food critics, chefs, cooks, restaurateurs and producers, as well as a whole host of food writers and journalists.

“We are proud that a quality Greek product gained international recognition. In our first year of production and the first time entering a competition we got our first star,” Marinos Alexandrou, co-founder of  Paros Microbrewery, said in an announcement. “This badge of honor reflects all the time, effort and – above all – the passion we have put in creating ‘56 Isles’,” he added. 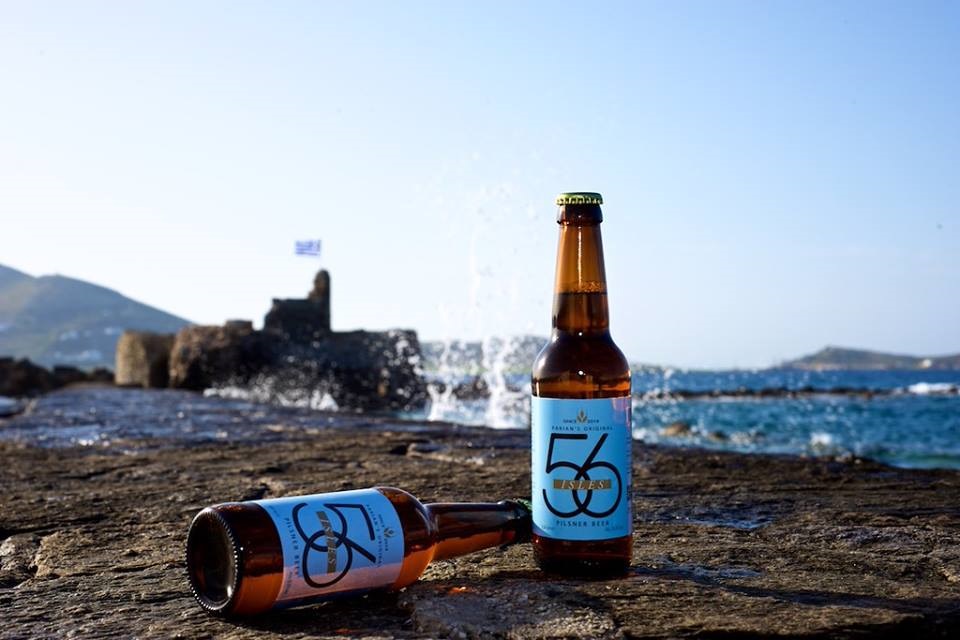 The black and gold Great Taste label is considered a signpost to a fine product, which has been evaluated after hours of blind-tasting by hundreds of judges. The Great Taste Awards judging committee values taste first, not taking into consideration the branding and packaging.

Paros Microbrewery was founded οn the island of Paros by Nicolas Pavlakis and Marinos Alexandrou. The first target market of “56 Isles” is Paros, however, given the growing interest, the company is currently building a wide distribution network in Greece and abroad.