How Deep do Europeans Dig in their Pockets for Travel 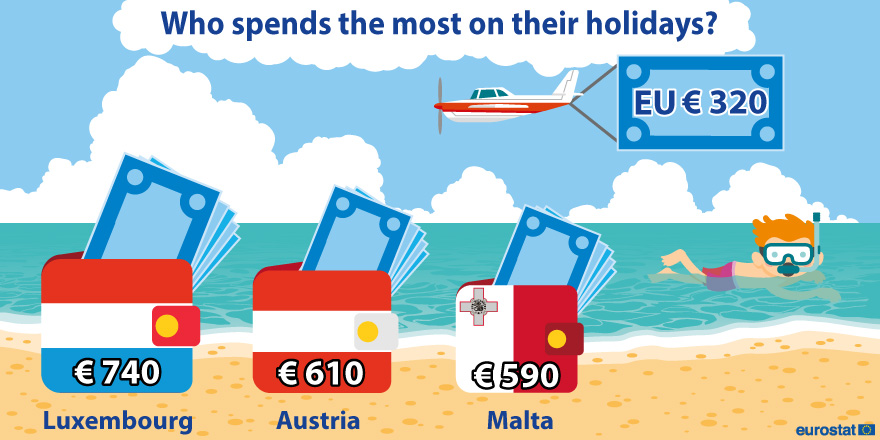 The three top European spenders on travel in 2015 were Luxembourg nationals at an average 740 euros per trip, Austrians at 610 euros and Malta residents at 590 euros, according to data released recently by Eurostat, the statistical office of the European Union.

Research found that EU residents spent on average approximately 320 euros per holiday in 2015, with Greeks spending 287.35 euros per trip.

The thriftiest EU travelers were the Latvians whose average expenditure came to 116.83 euros.

At the same time, spending by foreign visitors to Greece has decreased, according to Bank of Greece data. Indicatively, average travel expenditure by international visitors came to 745.7 euros in 2005, dropping by some 200 euros in 2015 to 540.9 euros, with the lowest recorded in 2016 at 470.5 euros.

Figures also reveal that average foreign traveler spending in the January-May period this year declined by 1.5 percent to 430.4 euros. Increasing travel receipts is the biggest challenge facing the Greek tourism industry with insiders hoping 2017 will see a change in trend.