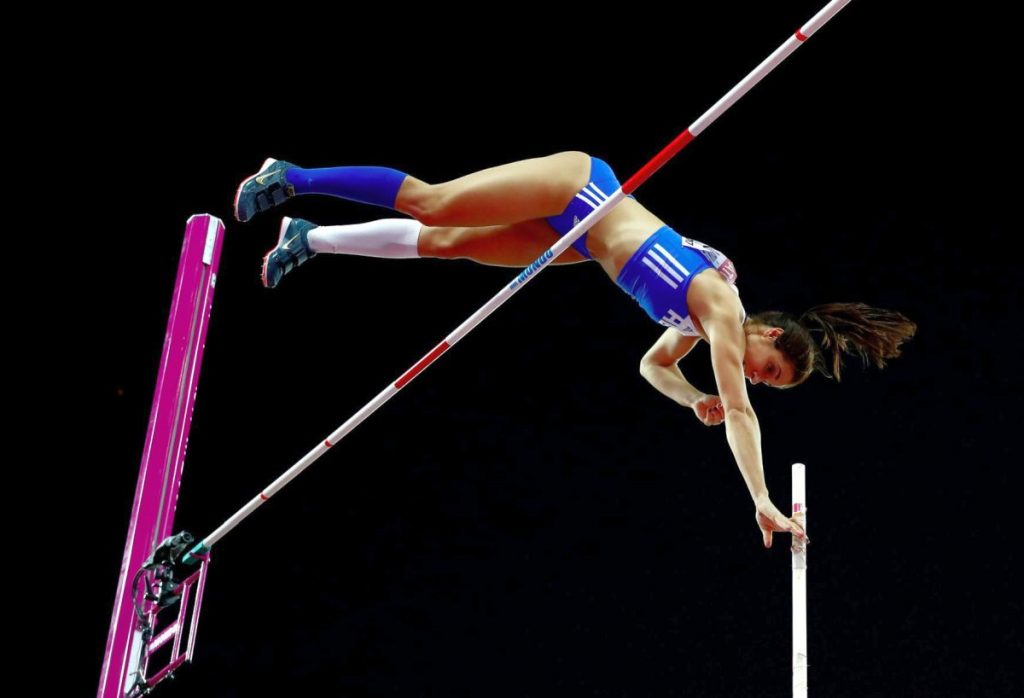 Pole Vaulter Katerina Stefanidi made Greece proud again when she won her third gold medal with a national record of 4.91 meters, during the IAAF World Championships in London on Sunday night.

The Greek champion won the gold ahead of the USA’s Sandi Morris, who was second with 4.75m, and Cuba’s 2015 champion Yarisley Silva and Venezuela’s Robeiylis Peinado, who shared bronze thanks to second time clearances at 4.65m.

Twenty-seven-year-old Stefanidi is the first woman in Greek sports to have reached the top in three top competitions, following her gold medal wins at the European Championship in Amsterdam and the Olympic Games in Rio.

This has been achieved by only 5 Greek athletes, including Kostas Kenteris in track and field, Pyrros Dimas in weightlifting, Elias Eliades in judo, Dimosthenis Tampakos and Lefteris Petrounias in gymnastics.

That was the fifth gold medal Greece has ever won in a World Championship.