One-euro Levy for Every Cruise Traveler to Santorini 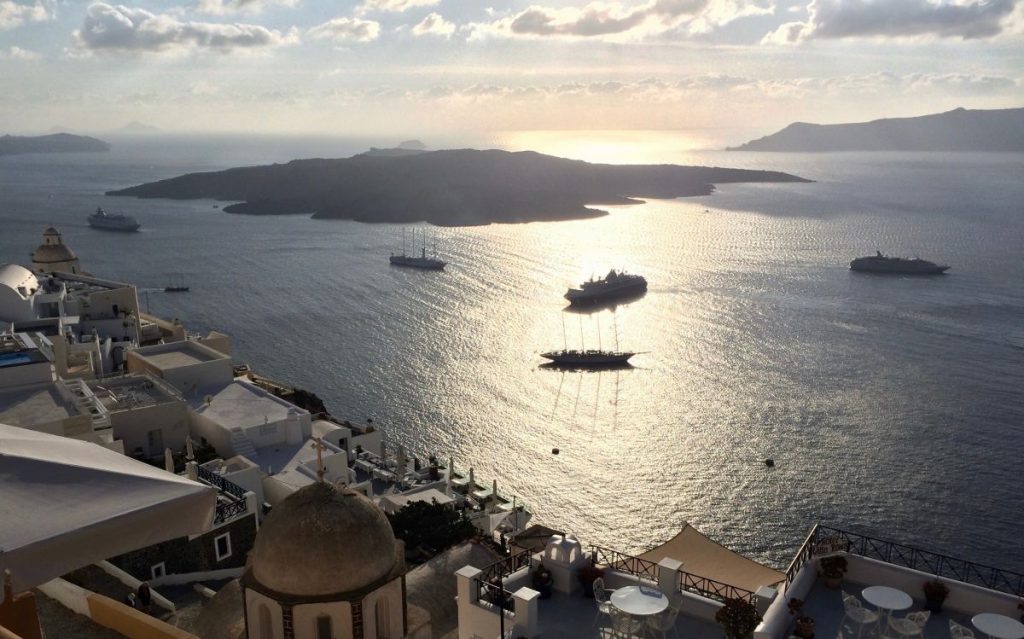 Each passenger visiting the island of Santorini on a cruise ship will have to pay as of March 2018 a one-euro levy, according to plans announced by the island’s Port Authority.

The one-euro charge will, according to Kathimerini daily, go into the modernization and upgrade of port and island infrastructure and safety with the aim to further facilitate incoming ships and tourists, and improve the quality of services offered.

Santorini authorities also announced plans earlier this year to implement a system controlling the number of visiting cruise passengers, with a set limit at 8,000 a day in efforts to ensure the best quality services, safeguard the environment and spread out the number of cruise ship calls throughout the week. They also announced the launch of a cruise berthing management system that will regulate incoming cruise traffic to the island.

Locals and tourism professionals have repeatedly called on authorities to examine ways to address the overwhelmingly large number of tourists visiting Santorini each year, particularly during peak season between May and October, often reaching 10,000 in single day.

Greece to Ease Capital Controls as of Sept. 1

SETE: Quality Over Quantity Key for Future of Greek Tourism