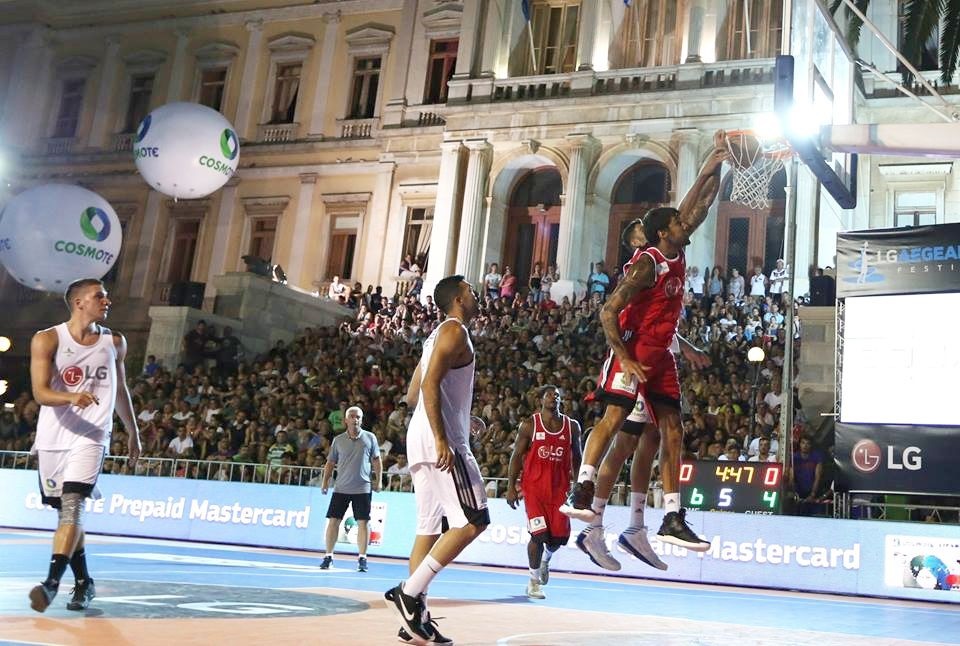 Tourism Ministry Secretary General Evridiki Kourneta highlighted the importance of sports events in promoting Greek tourism, when she attended the 2nd LG AegeanBall Festival, a basketball tournament recently held in Ermoupolis on the island of Syros in the Cyclades.

While giving the awards to the winners of the event, Kourneta underlined that sports tourism constitutes an emerging dynamic parameter in the promotion of Greece’s tourism product.

Top Greek and foreign athletes and thousands of basketball fans attended the 2nd LG AegeanBall Festival, which was promoted through the media, the internet and social media channels. The tournament was broadcast live by Public TV Broadcaster – ERT to millions of viewers in the U.S., Canada, Australia, Germany, Israel and Serbia.

The Secretary General also met the Mayor of Syros – Ermoupolis Giorge Marangos and discussed on the priorities that need to be set in order for Syros to proceed with the upgrading of its tourism infrastructure and services.

“A close cooperation between the Tourism Ministry and the local authorities would bring the best possible results, which is the case for Syros; The collaboration of both parts has already bore fruits,” Kourneta said in announcement.

On his part, Mayor Marangos presented the municipality’s tourism strategy and referred to Syros’ nomination for the “European Destination of Excellence” title, an initiative promoting sustainable tourism development models across the EU.