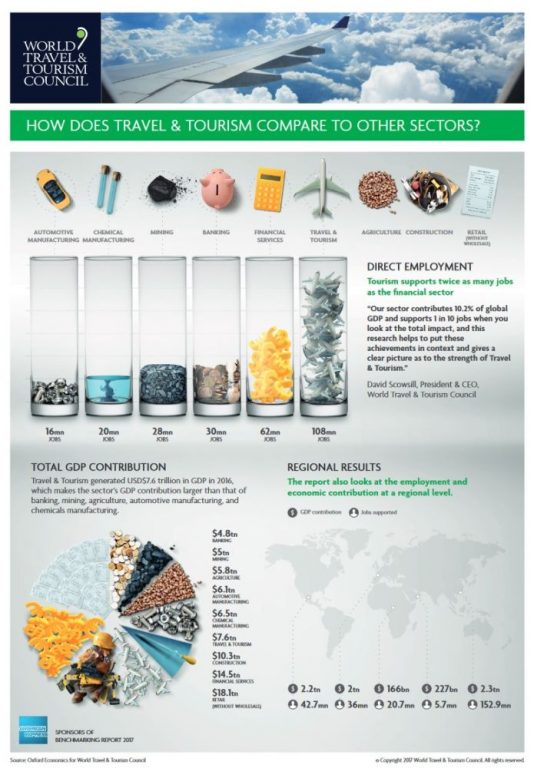 Global Travel & Tourism is forecast to grow by four percent per year over the next decade, which is significantly faster than the global economy at 2.7 percent and all other sectors covered in the study apart from the financial sector and banking.

“Our sector contributes 10.2 percent of global GDP and supports 1 in 10 jobs when you look at the total impact and this research helps to put these achievements in context, and gives a clear picture as to the strength of Travel & Tourism,” David Scowsill, President & CEO, WTTC, said.