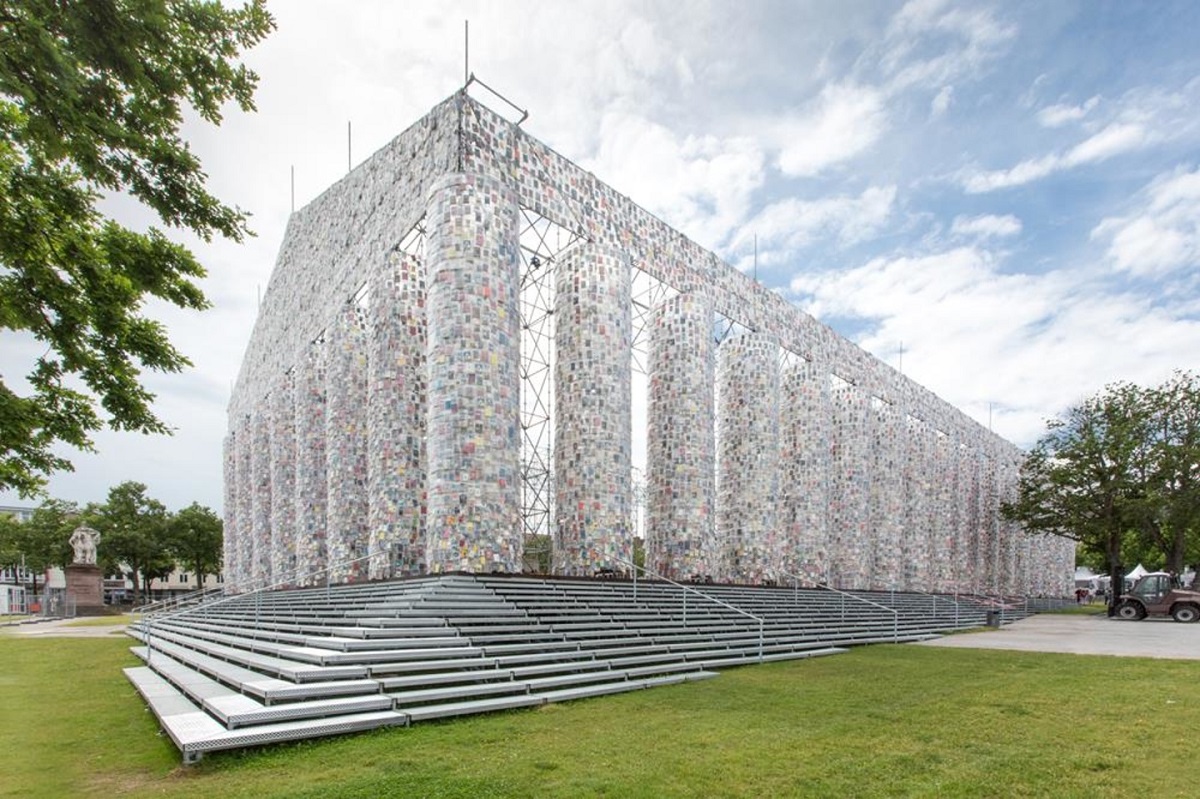 Athens Mayor Giorgos Kaminis described the documenta 14 exhibition as the “Olympic Games of contemporary art” during the opening on June 10 of the show in Kassel, Germany, following its Athens run earlier this year.

“Documenta 14 will go down in history not only as a successful show but also as an event that brought together two cities, two peoples, as well as spurring creativity,” Kaminis said.

Directed by Adam Szymczyk, this is the first time since documenta 14’s inception in 1955, that the contemporary art exhibit held exclusively in Kassel, was jointly hosted by a second city: Athens.

Kaminis met with Kassel Mayor Bertram Hilgen and visited the “Parthenon of Banned Books”, a monument to intellectual freedom by artist Marta Minujin.

“I assure you that Athens has learned a lot from documenta 14… the show in the Greek capital may come to a close on July 16, but I am certain that it has paved the way for a much wider cooperation between our two cities and will leave its indelible mark on the city and its people in the years to come,” Kaminis concluded.

As in Athens, documenta 14 in Kassel will run for 100 days, through to September 17.

The Greek capital is still hosting its part of the “documenta 14: Learning from Athens” show at more than 40 venues. The show opened in Athens on April 8 and will wrap up on July 16.