US Show ‘The Cooking Odyssey’ Highlights Gastronomy of Pelion and Volos

The gastronomy of Pelion and Volos will be featured on an upcoming episode of “The Cooking Odyssey”, an American TV culinary series that showcases the wondrous sights, sounds and tastes of Greece. Broadcast on PBS and Create TV, “The Cooking Odyssey” reaches millions of viewers across the U.S..

Filming for the episode dedicated to Pelion and Volos took place in April at various locations throughout the area, arranged by Greek hotel management company Spyrou Philoxenia. Among the locations filmed by the show’s TV crew were the company’s hotels and private villas, namely the Kritsa Gastronomy Hotel in Portaria, Iris Guesthouse and Aleka’s House in Tsagarada, Villa Alkistis Myth & Magic in Aghios Georgios Nileias and Lepi in Volos.

The TV show also focused on the various cultural and religious monuments in the areas, including old churches and contemporary museums and the numerous outdoor activities available, such as hiking and horse riding.

“I believe the region’s cuisine is among the top in the Mediterranean,” said John Grigoras, Deputy Manager, Sales and Marketing of Spyrou Philoxenia. 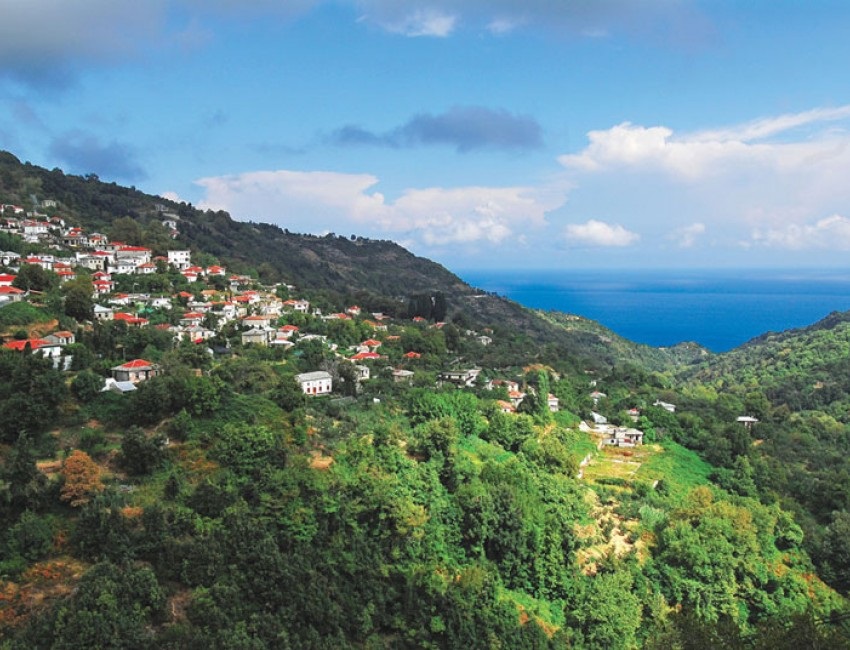 “With many of our affiliate hotel members located in the area, potential visitors should know they can expect a lot more than just the natural beauty, forested mountains, hiking paths, outdoor activities and crystal clear waters the area is famous for. They can expect only the best of Greek food and beverages,” he added.

The episode of “The Cooking Odyssey” highlighting Pelion and Volos will be broadcast in 2017 and repeated many times in the next three years on PBS and Create TV, which garners some of the highest prime time TV ratings, Spyrou Philoxenia said.