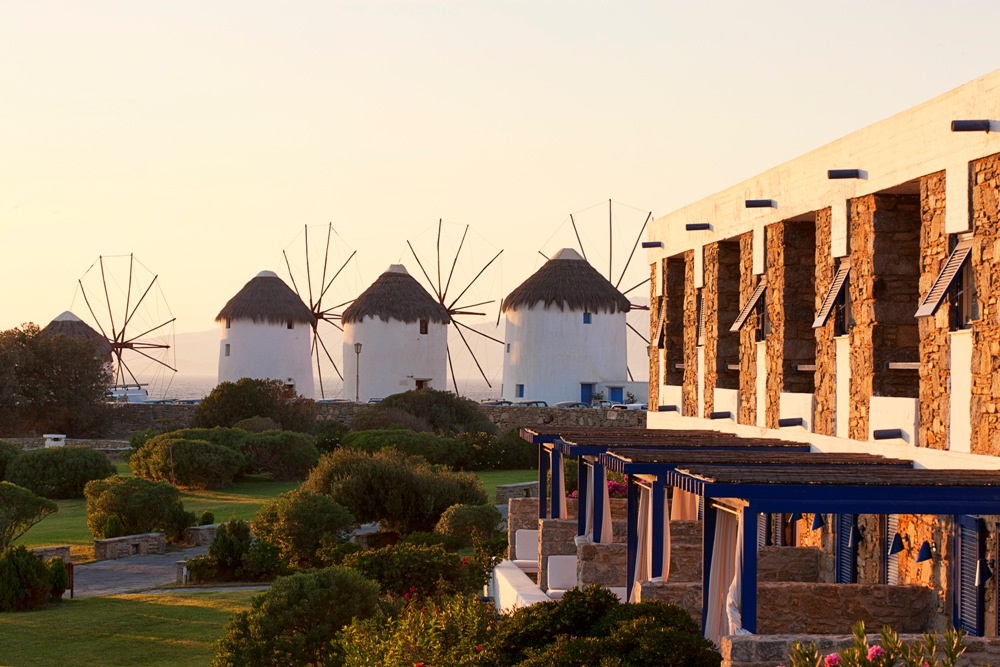 The Mykonos Theoxenia has opened its doors to summer and is ready to indulge its visitors with the finest services.

Located beside the famed windmills of Mykonos, a stone’s throw away from Little Venice, the Mykonos Theoxenia is a luxury boutique hotel offering spectacular sea views, excellent food, a revamped spa center and exclusivity.

Those booking online at mykonostheoxenia.com can enjoy a complimentary dinner for two at the hotel’s “The Plate” restaurant, which serves the freshest fish and produce in innovative gourmet dishes.

The 5-star facility is one of a number of “Xenia” hotels designed in the ’50s onward by noted Greek architect Aris Konstantinides during his tenure at the Greek National Tourism Organization. Of the 40 Xenia hotels that once existed in Greece, the Mykonos Theoxenia is one of the few still in operation. It was constructed in the ’60s and hosted some of the world’s most prominent figures including Jackie O and Aristotle Onassis.

Awarded the Trip Advisor 2015 Certificate of Excellence, the 52-room hotel which has been renovated retaining its original 1960s aesthetic, has been named by the Greek culture ministry as a landmark for its distinct architecture, its use of local stone and its respect to Cyclades architectural tradition.