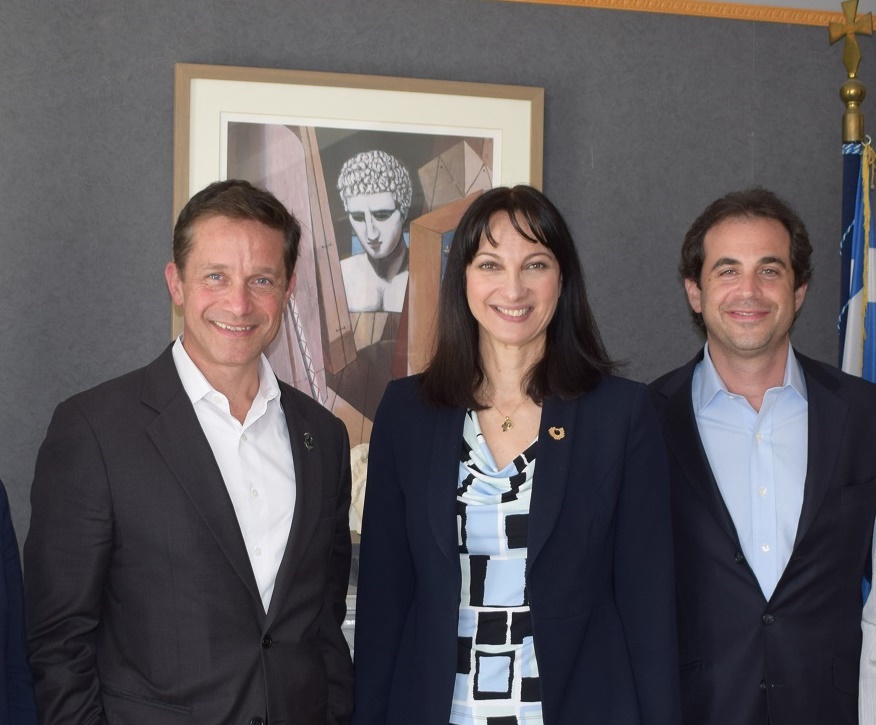 Underwater research projects and programs, as well as the promotion of Greece as a leading diving destination topped the agenda of talks between Greek Tourism Minister Elena Kountoura and ocean conservationist and documentary filmmaker Fabien Cousteau in Athens, last week.

Heading the Ocean Learning Center (OLC), Cousteau – the grandson of internationally acclaimed sea explorer Jacques-Yves Cousteau – said that Greece has excellent prospects for growth in research and innovation, marine protection and for the promotion of the country’s marine treasures.

“Greece is the most beautiful country in the world,” Cousteau said, presenting the OLC’s international work as as proposals for the implementation of marine research with Greece’s cooperation and the support of local and foreign stakeholders.

Kountoura said the Greek tourism ministry was open to initiatives that contribute to sustainable tourism development and the promotion of the country as a leading tourism destination. She thanked Cousteau for his interest, and offered him a commemorative gift – two black and white films from the Greek National Tourism Organization’s (GNTO) archives featuring his grandfather’s marine explorations in Greece. Jacques Yves Cousteau carried out extensive marine surveys of the Aegean with the Calypso in 1975-1977.

Exploration of the HMHS Britannic shipwreck  off the Greek island of Kea. The HMHS Britannic, sister ship of the RMS Titanic, was used as a floating hospital, and sank on 21 November 1916, during World War I. Jacques Yves Cousteau was the first to discover and explore the wreck in 1975 with the aid of 86-year-old nurse and survivor of the wreck Sheila MacBeth Mitchell.

The route to the Aegean Sea and underwater exploration with the participation of a group of archaeologists in the area of Antikythera and the discovery of objects.