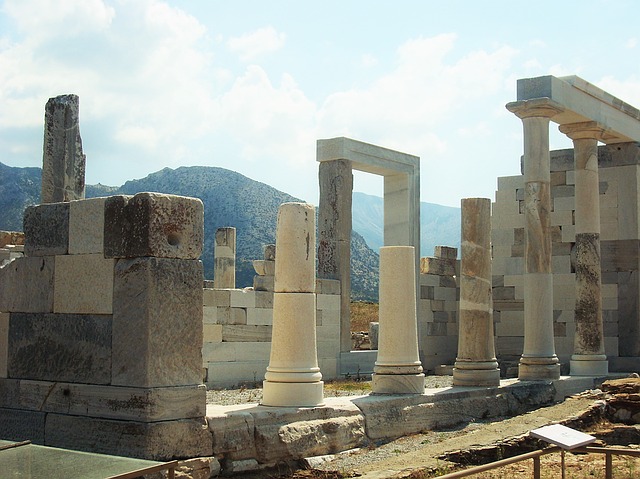 The Portico of Philip V at the archaeological site of Delos  in the Cyclades will be the first to undergo restoration after the Central Archaeological Council gave the go-ahead with funding by the Paul and Alexandra Canellopoulos Foundation.

The foundation has granted 550.000 euros towards the restoration of the ancient monument.

“The grant, demonstrating the foundation’s willingness to invest and help [in the preservation of] the monument, is a great responsibility for us both in terms of coping and creating the conditions that will advance the restoration works,” said Dimitris Athanasoulis, director of the Ephorate of Antiquities of Cyclades.

”We are striving to make the site worthy of the importance and the influx of visitors. The ephorate is drafting a master plan for the site – monuments and museum – as well as of all proposed interventions which have been adapted to this general approach,” Athanasoulis added.

He went on to refer to other works as well as to issues of protection, support and promotion of Delos, with the contribution of the Mykonos Municipality.

Near Mykonos,  the islet of Delos was a holy sanctuary and according to Greek mythology the birthplace of Apollo and Artemis. The Portico of Philip V was erected towards the end of the 3rd to 2nd century BC.