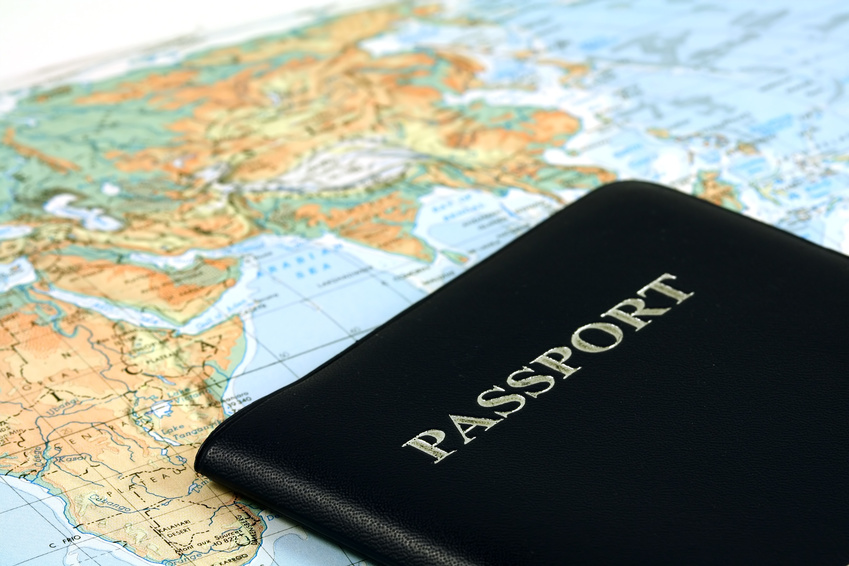 Travel & Tourism generated 1 in 10 of the world’s jobs in 2016 as the sector grew by 3.3 percent, outpacing the global economy for the sixth year in a row, reads a new report by the World Travel & Tourism Council (WTTC).

WTTC’s Economic Impact Report 2017, which is conducted in conjunction with Oxford Economics, researches the economic impact of Travel & Tourism on global level, for 25 regions, and 185 countries.

According to the research, Travel & Tourism grew by 3.3 percent in 2016, generating US$7.6 trillion worldwide, which is 10.2 percent of global GDP when the direct, indirect and induced impacts are taken into account. The sector supported a total of 292 million jobs in 2016, which is 1 in 10 of all jobs in the world. 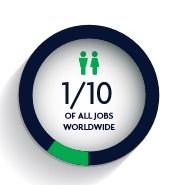 Additionally, global visitor exports, which is money spent by foreign visitors, accounted for 6.6 percent of total world exports, and almost 30 percent of total world services exports. “This is the sixth year in a row that Travel & Tourism has outpaced the global economy, showing the sector’s resilience, and the eagerness of people to continue to travel and discover new places, despite economic and political challenges across the world,” David Scowsill, President & CEO, WTTC, said.

Southeast Asia (8.3 percent) was the region with the fastest growing Travel & Tourism sector in 2016, driven by the expanding Chinese outbound market and the countries own growing markets. Latin America (0.2 percent) was the slowest growing region. Some countries performed well above the world average, but the Brazilian economy dragged down the whole region.

“The continuous growth of our sector underlines the significance of business and leisure travel in driving economic development and job creation throughout the world,” Scowsill added.

According to the WTTC, Travel & Tourism is expected to grow by 3.8 percent in 2017, generating US$ 7.9 trillion. This growth is slower than previously forecast, as a result of a downgrade to the global economy and a dampening of consumer spending. 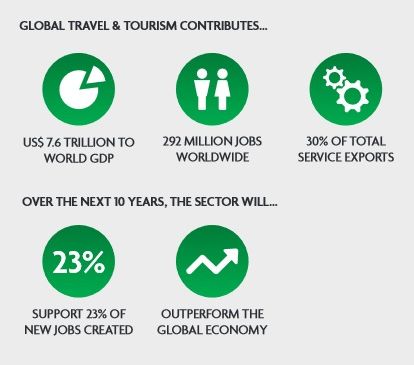 Over the next decade the sector is forecast to grow at an average of 3.9 percent per year. By 2027 it will generate more than 11 percent of the world’s GDP and employ a total of 380 million people. One quarter of all jobs created in the next decade will be supported by Travel & Tourism.

“The future prospects for Travel & Tourism are good, but the sector continues to face challenges. The impact of terrorism and the rise of populism pose a severe risk to the ability of people to travel efficiently and securely,” Scowsill said, adding that the sector itself needs urgently to address the impact of growth on destinations and its own contribution to climate change if it is to be sustainable in the long term.

“The UN’s 2017 International Year of Sustainable Tourism for Development is a perfect opportunity to explore solutions together. We look forward to welcoming delegates at our upcoming Global Summit in Bangkok, Thailand, 26-27 April where these challenges will be addressed.”