GTA, a leading global distributor of accommodation and destination services, has seen an increase in business to Greece from key source markets, following a concerted focus on beach destinations over the past three years.

According to GTA’s market manager for Greece, Samantha Mardkhah, room night production to the Greek Islands has grown by 104 percent with the largest growth in destinations such as Rhodes, Crete, Kos, Santorini, Mykonos, Corfu and Zakynthos.

“Increased demand has been generated from large markets such as Australia, Italy and North America for the smaller Islands of Ios, Kefalonia, Naxos and Paros,” Mardkhah told the Greek Travel Pages (GTP), adding that the company has also seen huge growth from non-traditional booking markets such as Lebanon (300 percent), Lithuania (250 percent) and Hong Kong (300 percent) over the last year.

On their part, hoteliers in Greece are seeing the benefit of hosting visitors from all over the world. 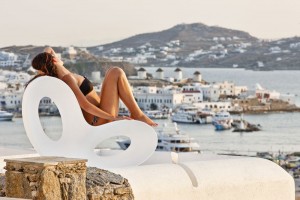 “Our long-running collaboration with GTA has brought our business recognition and exposure on a worldwide scale, as well as increased revenue over the course of the years”, said Athanasios Koutsouradis, the general manager of Kouros Hotel & Suites on Mykonos.

“This contrasts with shorter stays in the smaller islands, of three to four nights, reflecting the ‘island hopping’ experience traditional markets tend to prefer”, Mardkhah said.

Growth of 60% in transfers and sightseeing excursions

GTA’s growth in hotel room nights has also been reflected in a large year-on-year increase of 60 percent for destination services such as transfers and excursions throughout Greece. “The convenience of travel agents being able to book hotels, transfers and sightseeing excursions together, from a single platform, provides value for both local suppliers and travellers themselves,” she said.

In addition, GTA recently launched its latest Beach Collection 2017 brochure which contains a record number of pages dedicated to Greece, with all regions featured and distributed it to travel agents around the world (www.gta-promotions.com/beach).

“The brochure was supported with a successful booking incentive programme that helped to drive incremental business to Greece during a key booking period”, Mardkhah said.