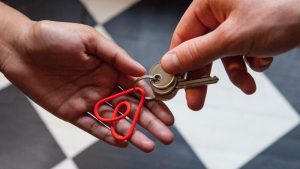 According to the study titled “Hosts with Multiple Units – A Key Driver of Airbnb Growth”, a massive 81 percent of Airbnb’s US gains, or 4.6 billion dollars, is collected from the rental of whole units where no owner is present during the rental period.

Conducted by CBRE Hotels’ Americas Research between October 2014 and September 2016 on 13 US markets and funded by the AHLA, the study reveals that Airbnb proprietors leasing out two or more entire home units are the fastest growing segment of the group’s business in the US.

The study found that companies like Airbnb are “providing a platform for commercial operators to run illegitimate, unregulated and often illegal hotels in communities across the country”. Indicatively, hosts with 10 or more properties are generating a quarter of all multi-host revenue, while “true home-sharing, where the owner is present during the guest’s stay, accounts for less than 20 percent of Airbnb’s business”.

Airbnb issued a statement last week condemning the report as “misleading” and “inaccurate” and “bought and paid for by the big hotels”.

The Case in Greece

Meanwhile in Greece, a regulatory framework that will ensure the taxation of short-term property rentals via the Internet to tourists has still not gone into force. According to reports, for every 100 hotel beds booked in Athens, an additional 70 are offered through the shadow economy online. A case in point, the up-and-coming Koukaki neighborhood in central Athens, which is Airbnb’s  pride and joy – the sixth most rapidly growing area in the world.