UNWTO Begins the International Year of Sustainable Tourism for Development 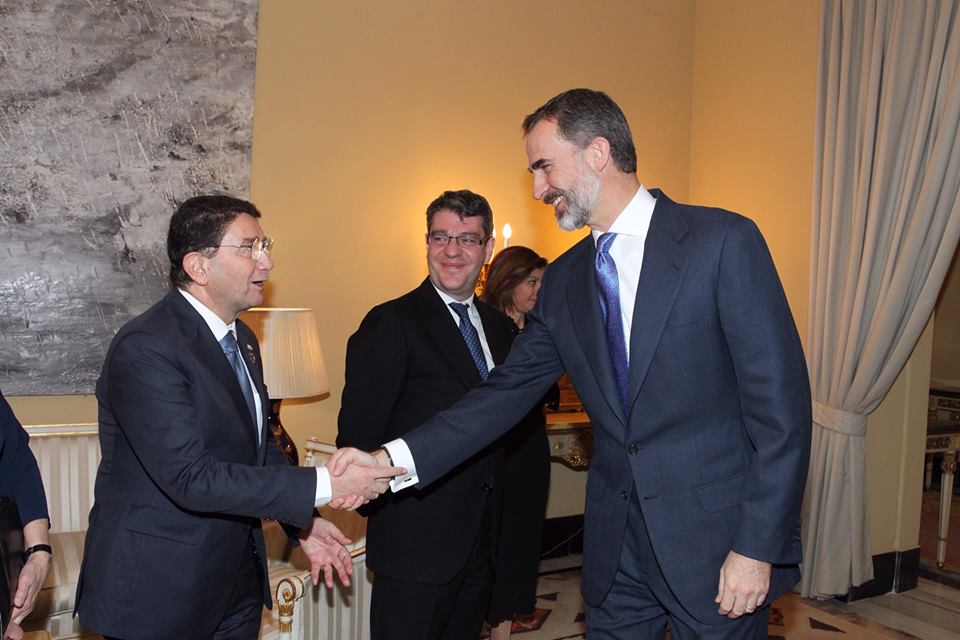 More than 40 tourism ministers and other senior officials from 57 countries on Tuesday gathered in the El Pardo Palace in Madrid to celebrate the launch of the International Year of Sustainable Tourism for Development.

The event, hosted by King Felipe VI of Spain and organized by the World Tourism Organization (UNWTO), highlighted tourism’s enormous potential to contribute to the development of all countries within the framework of the Sustainable Development Goals, and the need to continue advancing towards a more sustainable sector that generates benefits to local communities and promotes the conservation of cultural values and natural heritage.

“There are many reasons for declaring 2017 as the International Year of Sustainable Tourism for Development, such as greater appreciation of different cultures and thus peace among peoples”, King Felipe said.

The International Year of Sustainable Tourism for Development 2017 was declared in December 2015 by the United Nations General Assembly.

“To have been chosen as the host country for the launch of the International Year is an acknowledgement of Spain’s commitment in areas such as ecotourism, cultural tourism and agrotourism initiatives”, King Felipe Added.

On his part, the UNWTO Secretary-General Taleb Rifai underscored the continued growth of tourism since the beginning of the crisis. “In 2016, more than 1.2 billion people travelled around the world for tourism purposes and another 6 billion people travelled domestically”, Rifai said, emphasizing the need to move towards more sustainable tourism in all its dimensions.

“In parallel with the growth of the sector, there is also increased responsibility to advance towards greater sustainability, equity, inclusiveness and peace in our societies”, he added.

The International Year of Sustainable Tourism for Development 2017 was also presented in Madrid on the opening day of FITUR, marking an important milestone in the 2030 Agenda and in the progress towards the achievement of the Sustainable Development Goals.

Car Rental Companies Improve Treatment of Consumers in the EU