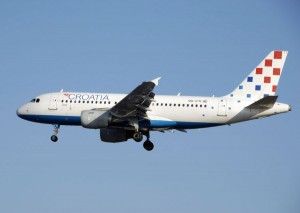 Croatia Airlines has joined the European Regions Airline Association (ERA), bringing the total number of airlines in ERA membership to 54.

Starting life as Zagal (Zagreb Airlines) in 1989, Croatia Airlines is the flag carrier of Croatia with headquarters in Zagreb and a fleet consisting of two Airbus 320, four Airbus 319 and six Bombardier Dash 8-Q400 aircraft.

“Undoubtedly, the membership in ERA will additionally improve our international reputation and open excellent opportunities to respond to the current business challenges”, said Kresimir Kucko, President and CEO of Croatia Airlines. “I look forward to the future cooperation with all ERA members in our efforts to make air transport an even more important factor of economic development and the connecting of Europe.”

“ERA is and always has been at the forefront of strategic discussions on the future of the aviation industry with Europe’s regulators and, on behalf of our members, we deliver consistent and effective representation.”

Croatia Airlines is the second airline to join ERA in the past three weeks, with APG Airlines joining the association in December.

ERA is the only European trade body to include the full range of companies involved in European aviation including airlines, airports, manufacturers and suppliers, and provides its members unparalleled networking opportunities through its events and industry groups throughout the year.

The general sales agent (GSA) for Croatia Airlines in Greece is Intermodal Air.