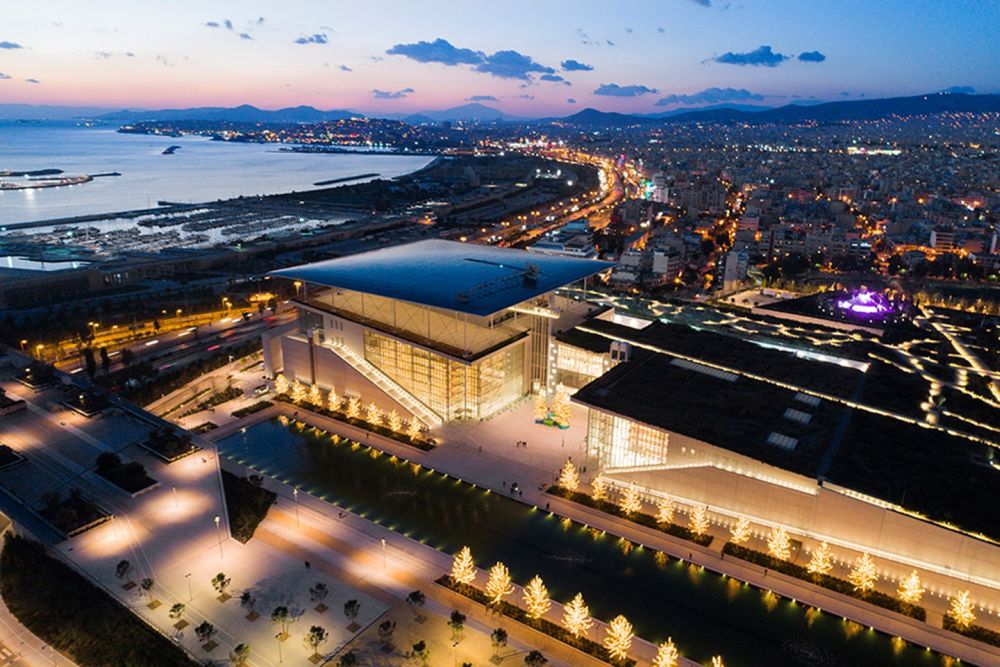 The Stavros Niarchos Foundation (SNF) will extend an official invitation to the Greek State on Thursday, December 29, for the latter to certify the completion of the construction works of the Stavros Niarchos Foundation Cultural Center (SNFCC) in Kallithea and to initiate its delivery process to its final owner, the Greek society, through the entities representing it.

On February 23, 2017, an official delivery ceremony is scheduled to take place.

According to an announcement by the SNF, the SNF will withdraw fully from the project’s management and will have no involvement in the management of SNFCC SA or administration of any other involved organization.

However, the Foundation said it intends to continue to actively support the SNFCC, at least for the next five years, with grants of up to 50 million euros. These grants will cover operating expenses for SNFCC SA, as well as programming and event costs for the SNFCC. Furthermore, the SNF intends to continue organizing—through exclusive grants—free to the public, one-week-long events at the SNFCC, every June.

Moreover, the SNF expects for the staffing of the organization SNFCC SA to be complete by February 2017.

The SNFCC’s Board of Directors will have seven members, with two or three members originating from the Greek National Opera and the National Library of Greece, while the mayor of Kallithea will always be represented on the Board. The remaining members will be appointed by the Ministry of Finance, which is the supervisor of the SNFCC SA organization.

Along with the delivery to the Greek State, the relocation process of the National Library of Greece and the Greek National Opera to the SNFCC also begins. Under the current timetable, the process is expected to be completed by October 2017. The two institutions will continue to expand their actions at the SNFCC and will also continue to be supervised by the competent Ministries of Education and Culture, respectively.

So far, the Foundation’s total grant for the construction and equipping of the SNFCC has reached 617 million euros, a sum which includes two individual grants, totaling 5 million euros each, towards the National Library of Greece and the Greek National Opera, for supporting the transition to their new facilities.

IATA: Another Strong Year for Airline Profits in 2017

Greece Among Countries with Most Powerful Passports for Traveling