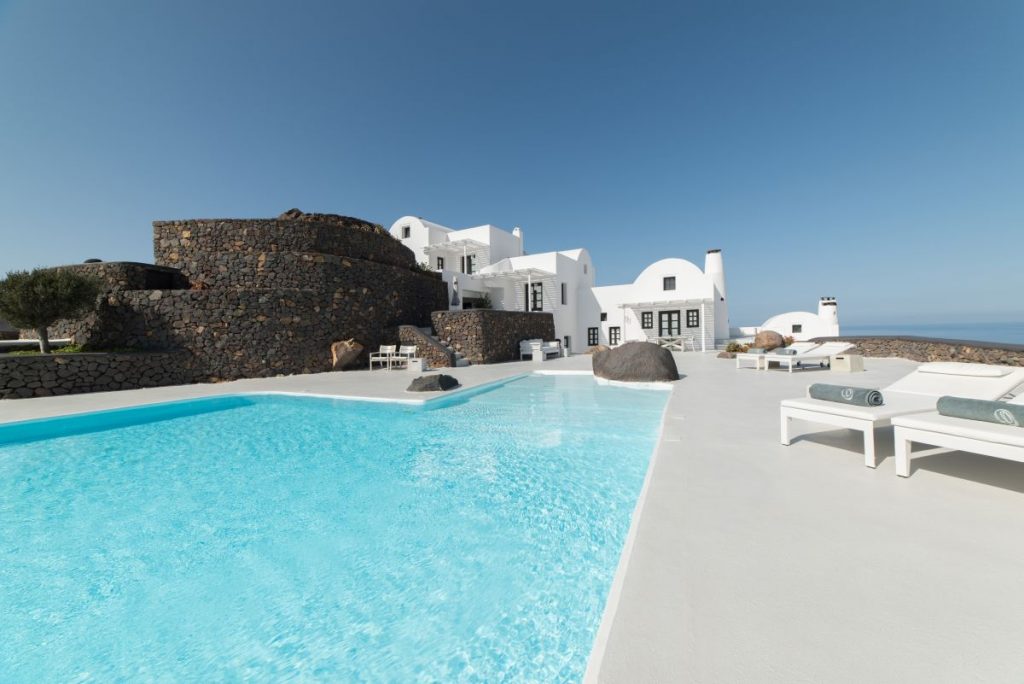 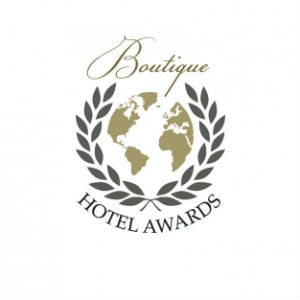 The Aenaon Villas on Santorini in Greece won the title of the World’s Most Romantic Hotel at the World Boutique Hotel Awards 2016 gala dinner held recently at the Merchant Taylors’ Hall, London.

The World Boutique Hotel Awards is the first and only international awards scheme exclusively dedicated to recognising unique excellence among boutique hotels. The Awards, now in its 6th year, honoured the people behind these outstanding properties and have enjoyed being featured in publications such as The New York Times, Daily Mail, Spear’s Magazine and The Sunday Times, following this international event. 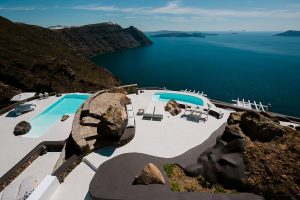 The Aenaon Villas complex is situated at the highest and narrowest part of Santorini, right on the edge of the world-famous caldera, and is open to all four points of the horizon, from east to west.

The housing complex consists of seven luxurious villas. The exterior of all villas is built according to the traditional cycladic architecture and in perfect harmony with the natural setting.

The World Boutique Hotel Awards 2016 ceremony brought together an array of boutique hotel owners, travel and lifestyle press as well as travel industry influencers from all four corners of the world, including representatives from CNN Travel, Elite Traveler, The Telegraph, Spear’s Magazine, Boat International, Time Out, The Financial Times and hoteliers around the world.

The Awards gala dinner also brought together members of The Master Key Society, a new collaborative venture established to create valuable relationships exclusively among the Award Winners by facilitating hotel exchange visits between them.