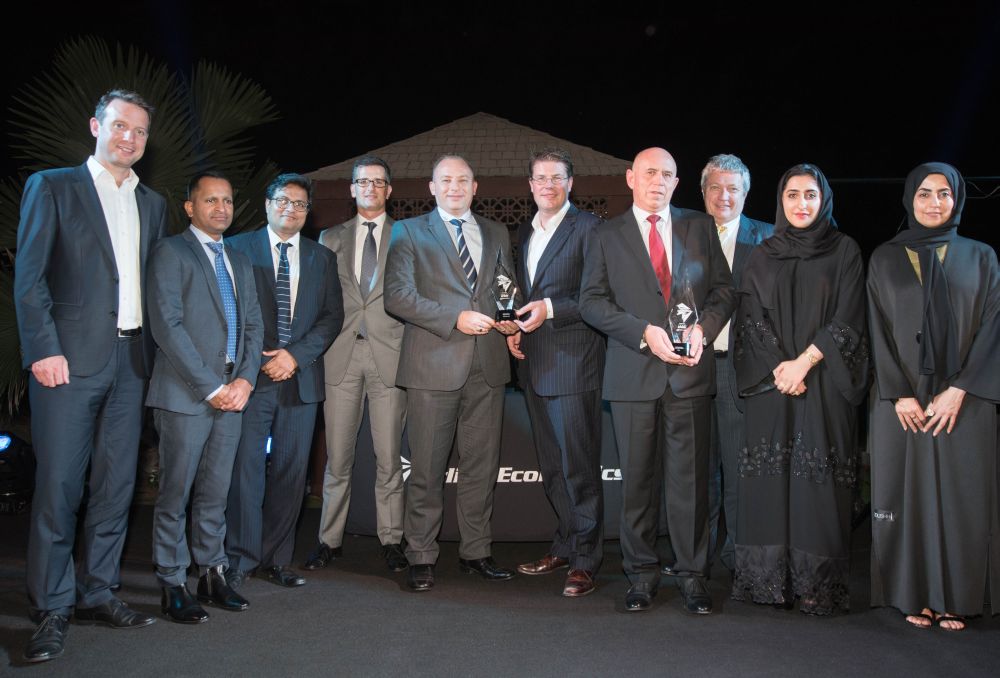 Following a string of successes in recent months with leading awards from various organisations in London, Miami and Dubai, Etihad Airways won further honours with:

A US$700m five-year landmark finance transaction completed by EAP in November 2015 was followed by a further US$500m issuance in April 2016. The funds were raised to support the requirements of Etihad Airways, its subsidiary Etihad Airport Services, and five of the carrier’s strategic airline partners – airberlin, Air Serbia, Air Seychelles, Alitalia and Jet Airways.

The ground-breaking funding from institutional investors was the airline industry’s first ever joint financing in the debt capital markets.

Etihad Airways’ multi-national treasury team was able to deliver these significant results by bringing together a comprehensive array of skill sets involving cash and liquidity control, risk management and hedging, funding, and relationships with banking partners, investors and rating agencies. The treasury team is also responsible for insurance, direct customer payments, as well as property and infrastructure.

Ricky Thirion, who has led the treasury department since joining the company almost 10 years ago, was honoured for his sterling work and leadership in building a world class treasury organisation.

Airline Economics, part of the Aviation News stable of aviation publications, is considered among the leading airline industry titles for insightful reporting and analysis. The awards were presented during Airline Economics Growth Frontiers, Dubai’s premier aviation finance event organised by Airline Economics for owners, investors and operators of commercial aircraft across the aviation industry.

‘Most Romantic Historic Hotel’ in Europe for 2017 is in Greece