‘Most Romantic Historic Hotel’ in Europe for 2017 is in Greece 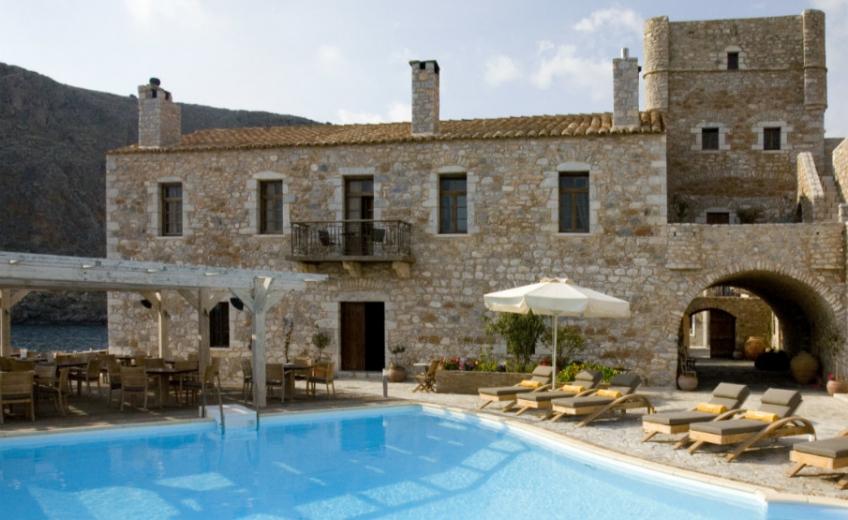 The Kyrimai Hotel in Greece won the title of the “Most Romantic Historic Hotel” at the Historic Hotels of Europe 2017 Awards ceremony that took place recently at the Aigialos Hotel on Santorini.

In its fifth year, the Historic Hotels of Europe Awards were voted for by the public and give recognition to those historic hotels in the membership across 18 countries.

The Historic Hotels of Europe awards were given to properties in recognition of their contribution to the highest standards of cultural and historical hotel keeping and hospitality in Europe.

The Kyrimai Hotel is housed in a fully restored nineteenth century building complex, just off the southernmost tip of Mani, in rural Greece. The hotel combines traditional architecture with modern comfort.

This year’s awards are hosted by Yades Greek Historic Hotels and held under the auspices of the Greek Tourism Ministry. The Awards are also supported by the Greek National Tourism Organisation.

Historic Hotels of Europe is a membership organisation representing unique places to stay in Europe. Encompassing castles, chateaus, palaces monasteries, convents and more, they have more than 500 members, spanning 18 countries.

The winning hotels of the fifth year of the prestigious Historic Hotels of Europe Awards were:

Historic Hotel with “A Story to Tell”
Apponyi Hotel, Hungary