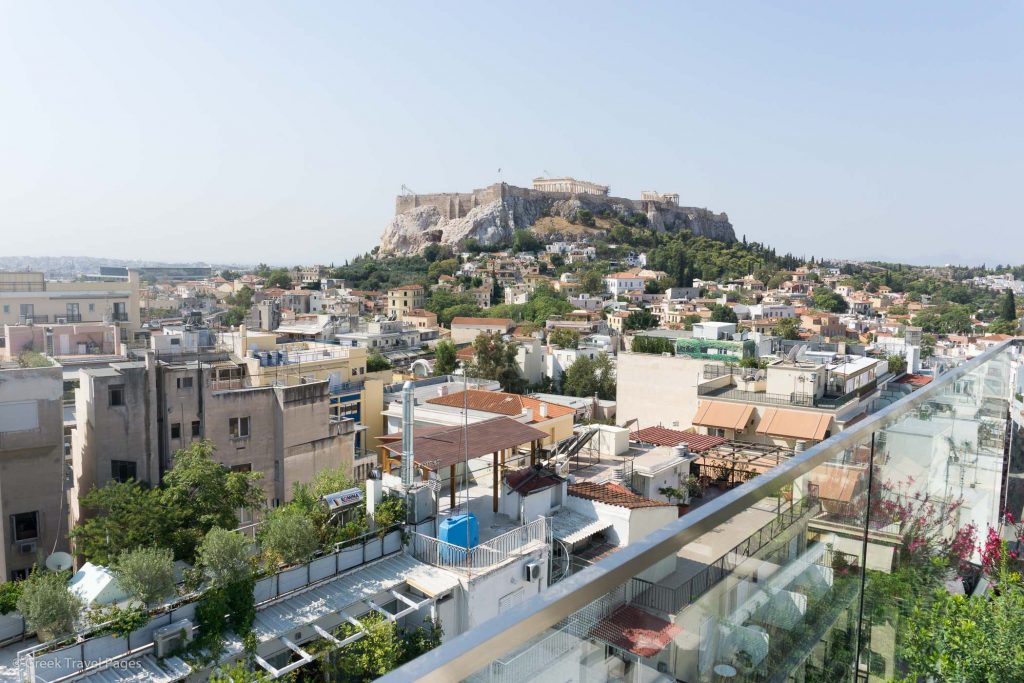 “Tourism for All, promoting universal accessibility” is the theme of this year’s World Tourism Day on September 27, as announced by the United Nations World Tourism Organization (UNWTO).

On the occasion of World Tourism Day, Greek tourism figures gave their messages to mark the importance of Accessible Tourism and referred to the creation of environments that can cater for the needs of all of us.

Celebrated globally, World Tourism Day is meant to raise awareness of the importance of tourism.

In her official message on the occasion of World Tourism Day, Greek Alternate Tourism Minister Elena Kountoura focused on the goals and priorities of the Tourism Ministry, which include accessibility to places of tourism interest for all.

In her message, Minister Kountoura said that the ministry is giving priority to the upgrade of special tourism infrastructure to offer high quality services for the accommodation, the transport and the access to places of tourism interest with a special focus for people with disabilities and mobility impairments, the elderly, families with children and vulnerable groups.

Moreover, she said that the ministry’s goal is for Greece to have tourism 365 days a year.

“Amid extremely unprecedented conditions, Greek tourism will succeed, for yet another year, to fulfill its mission to strengthen the economy, employment and support of local communities”, the president of the Greek Tourism Confederation (SETE), Andreas Andreadis, said in a statement.

Andreadis added that it is urgent to shield Greece’s tourism from challenges and called on the State to find an effective solution to the refugee/migration issue, to invest in a targeted promotion of Greek tourism and to restore tax rates to competitive levels.

“Along with shipping, industry, trade, the primary sector and other productive forces of the country, we can drive our country to its rightful place”, Andreadis concluded.

In its official message, the Hellenic Federation of Hoteliers noted that for a country like Greece, where tourism is a key pillar of development, income and employment, accessibility is a necessity and not just another aspect of the tourism product.

“The effort to improve accessibility and enhance the possibility of attracting even more visitors, of all ages and special features, to enjoy Greece’s hotel product is ongoing and is also a strategic investment policy for a growing number of companies”, the federation said.

“We request that the State, the competent ministries of Tourism, Culture and Development, modernize infrastructure so that people with mobility impairments, our fellow citizens and international visitors to the country, can gain access to all sites of interest, on every street, in every archaeological site, in any museum, restaurant, hotel — everywhere”, the Federation of Hellenic Associations of Tourist & Travel Agencies (fedHATTA) said in its official message.

On his part, the president of the Confederation of Entrepreneurs of Greek Tourism Enterprises (SETKE), Panagiotis Tokouzis, calls the state, organizations, entrepreneurs and all those involved in the tourism chain, “to focus on upgrading our offered tourism product — accommodation, restaurants, transport, infrastructure and facilities — in order for it to be easily accessible to all travelers.

“This way, we not only will highlight the unique beauty of our country, but also its culture and famous Greek hospitality — the special hospitality that small tourism accommodation businesses have been offering for years, through personalized services to their customers, making them feel truly at home”, he said.

“By acting out the message ‘Tourism for All’, giving priority to the improvement of general and special tourism infrastructure, we realize that every person has the right of access to all the offered tourism services, accommodation, transport, natural environment, museums, shops, restaurants and other facilities”, the president of the Laconia Hotel Association and vice president of the Peloponnese Tourism Organisation Dimitris Pollalis said in his official message.

On the occasion of World Tourism Day, the Greek National Tourism Organization organized the screening of the award-winning four-minute promotional film “Greek Tourism. An eternal journey”. The film was played all day at Athens International Airport, the country’s regional airports, the Athens Metro stations, the cruise terminal of Piraeus Port and at the Acropolis Museum

The GNTO sent the video to the country’s tourism bodies and representatives for it to be distributed in hotels, camping sites, rooms to let and travel agencies in Greece and be screened in reception areas.

Also, on Monday, 90 emerging young chefs from around the world that are participating in the Worldchefs Congress 2016 in Thessaloniki, attended a dinner that focused on the Greek olive and olive oil at the Potidea Palace hotel in Halkidiki. The dinner was held by the Chef’s Association of Northern Greece, the Halkidiki Regional Unit and the Halkidiki Tourism Organization.

WTTC Calls on Tourism Sector to be More Accessible