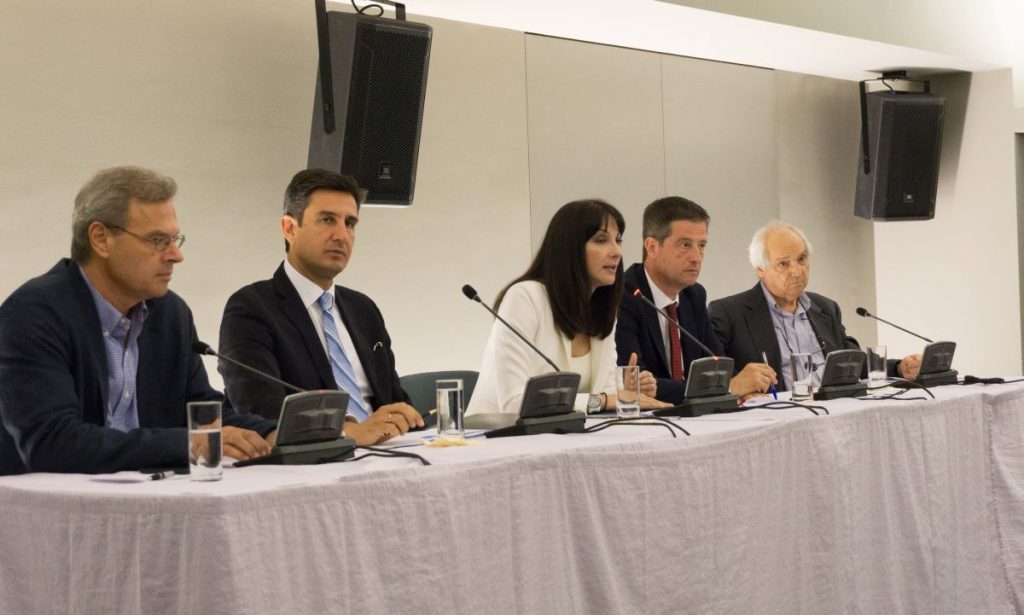 “Greek tourism is shifting towards quality and we are promoting Greece as a unique tourist destination, the most competitive destination in Europe in regards to value for money”, she said, adding that the ministry is letting the world know that the Greek islands are safe destinations with authentic thematic tourism experiences during all 12 months of the year.

During her first official press conference to Greek journalists, Minister Kountoura referred to recent figures that suggest an upward trend in bookings to Greece for this season with increases ranging from four to 30 percent from all markets, except the Netherlands.

When referring to arrivals from Russia, Ms Kountoura said that Greece had in fact “lost” bookings from that market due to the “technical” problem in the issuing of visas that occurred during the last week of May. Russian tour operators had informed at the time that losses had reached up to 30 percent. However, according to the Greek National Tourism Organization (GNTO), six leading Russian tour operators recently informed that bookings for Greece are currently showing an increase from 30% to 60%.

Although Greece’s target is to welcome over one million Russian tourists this year, Ms Kountoura said that any increase in arrivals over 650,000 (last year’s figure) would be considered positive.

Following an announcement of Prime Minister Alexis Tsipras last month, the tourism ministry is expected to receive double funding — to the tune of 20 million euros — to promote Greece’s image and tourism more effectively to countries abroad.

During the press conference, the minister informed that in an aim to tackle the “underground economy” created by unlicensed short-term home rentals, the tourism ministry and the finance ministry have drawn up a new policy framework that is expected to be tabled in parliament this month.

“From our side we are seeking for the new context to be in the market’s best interest, easily applicable and adapted to the particularities of the Greek tourist market”, she said, adding that the finance ministry will ensure that taxation (to be imposed on short-term home rentals) will be reasonable and fair to the professional market and that inspections will take place and fines handed out to those that do not comply. 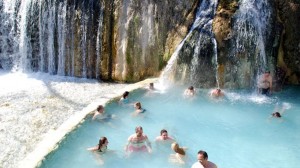 Moreover, having the extension of Greece’s tourism season among the ministry’s main priorities, Ms Kountoura announced the creation of a new department for thematic forms of tourism. The new department will be responsible for launching special programs in Greece to promote pilgrimage tourism, spa tourism, medical tourism and winter tourism.

She also informed that the ministry was focusing on promoting spa tourism and thermalism in Greece. Already the ministry has certified 90 thermal springs throughout the country. Also, through legislation, the ministry has permanently solved the complex licensing procedure that existed for enterprises operating thermal facilities. “The aim is to introduce new spa destinations in Greece”, the minister said.

On his part, GNTO’s secretary general, Dimitris Tryfonopoulos, informed that the organization has received double funds for promotional actions, totaling 13.65 million euros, scheduled for the second half of 2016 and for 2017.

According to Mr. Tryfonopoulos, the GNTO has held 83 familiarization trips from the beginning of the year and has also approved 421 annual tourism promotion programs and activities in Greek regions and municipalities.

In addition, during the press conference, the deputy secretary general of tourism, Gerasimos Zaharatos, announced the creation of a Tourism Satellite Account, expected to be in service by the end of the year. He also said that the ministry plans to reopen the country’s tour guide schools by 2017.

In regards to tourism investment in Greece, the secretary general for tourism policy and development, Yiorgos Tziallas, informed that 15 new tourist accommodation complexes are in the cards through the ministry’s special service for the licensing of tourism investments (EFPATE).

Cosco to Dish Out Extra €500m for Piraeus Investment