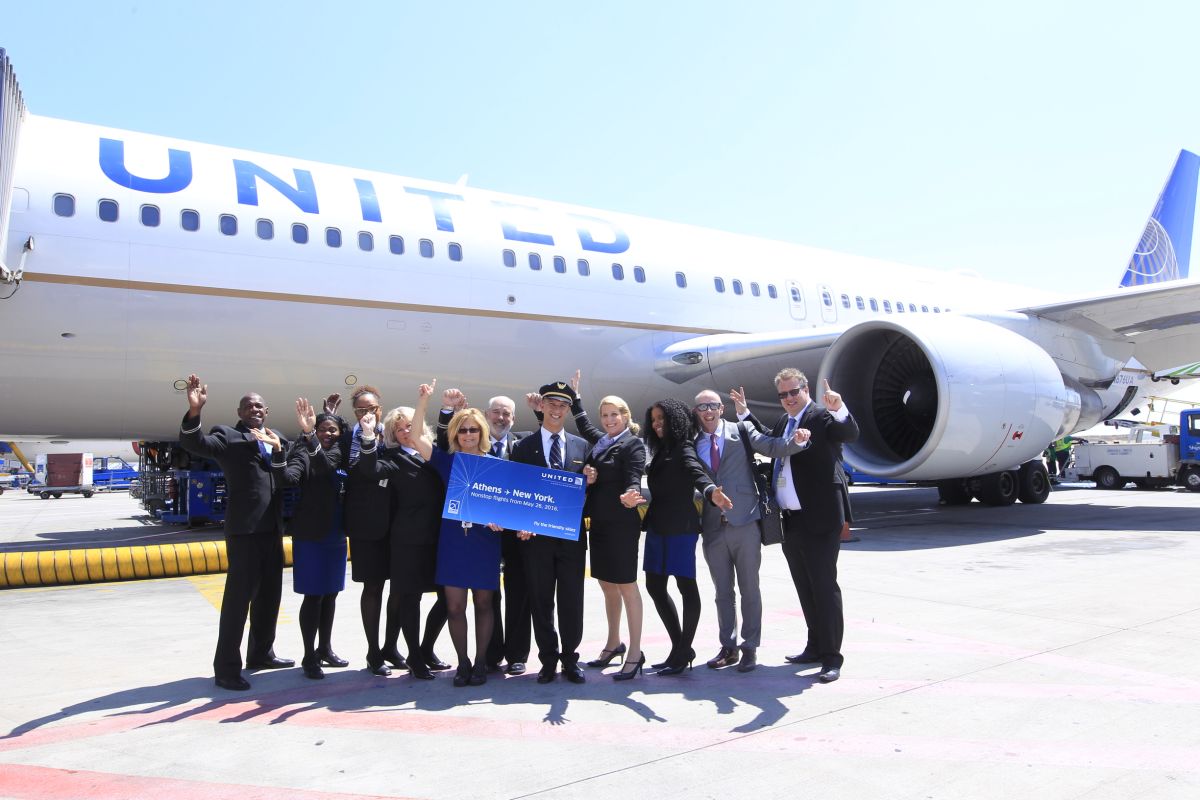 Passengers at Athens International Airport pictured prior to their flight onboard United Airlines’ new nonstop service to New York/Newark on May 26.

“We are delighted to operate this nonstop service between Athens and New York this summer,” said Robert Humphries, United’s Managing Director Sales for Middle East, Africa and India.

“This service offers our customers in Greece not only direct access to New York City but also convenient connections at our Newark Liberty hub to destinations throughout the Americas”, Mr Humphries added.

The flights are operated by Boeing 767-300 aircraft with a total of 214 seats – 30 flat-bed seats in United BusinessFirst and 184 seats in United Economy, including 49 Economy Plus seats with added legroom and increased personal space. 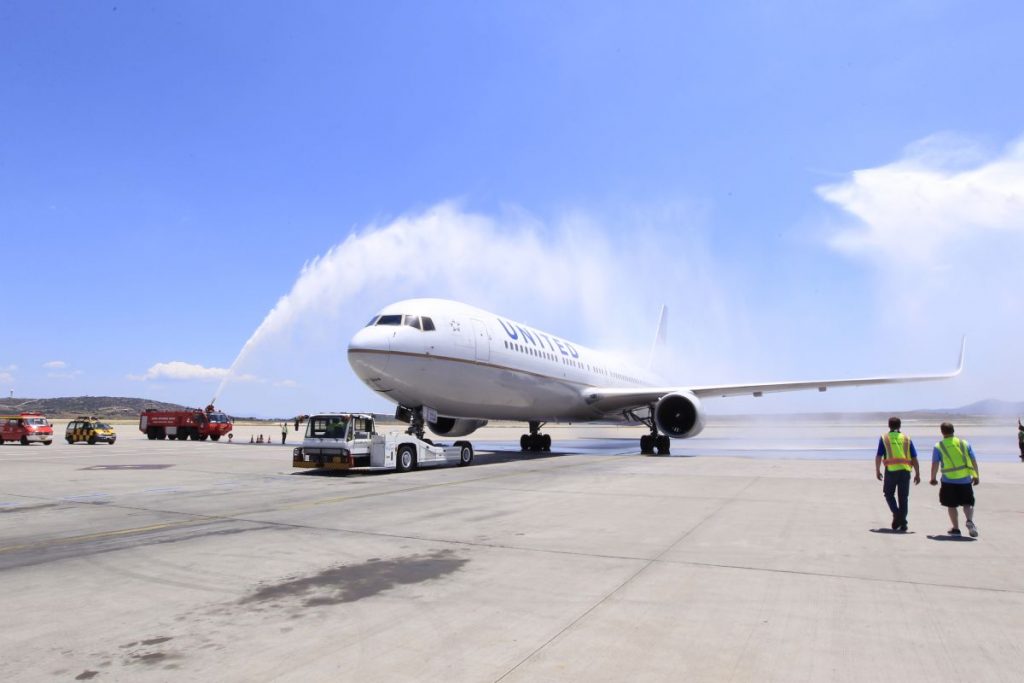 The Athens flights have been conveniently timed to connect at New York/Newark with an extensive network of service to destinations across the Americas. United operates flights from New York/Newark to more than 300 destinations throughout North, Central and South America and the Caribbean, including more than 100 served nonstop.

Celebrations at Athens International Airport today, May 26, to mark the start of United Airlines’ nonstop service to New York/Newark.

“We are truly excited with the launch of United’s direct flights connecting Athens with Newark Liberty International, which is one of the most convenient U.S. hubs, as it caters for the increased passenger demand to and from the USA and, at the same time, offers significant opportunities for connections to a huge number of destinations in the American continent and elsewhere, thus, further enhancing the connectivity of Athens”, said Ioanna Papadopoulou, Director, Communications and Marketing, Athens International Airport (AIA).

According to Ms Papadopoulou, the year 2015 was an all-time high record for AIA, with the highest passenger numbers since its beginning of operations, foreign visitors up by 26 percent, and the USA market growing at double-digit rates.

“During the first four months of 2016, growth rates continue to be positive and with the summer season ahead of us, we wish United Airlines every success and pledge to continue supporting its development for further expansion and growth in the Athens market”, she added.

United previously operated nonstop flights between Athens and New York/Newark between 2007 and 2011.

Out of the Blue Resort Opens ‘Escape Rooms’, Invites All to Uncover Mysteries