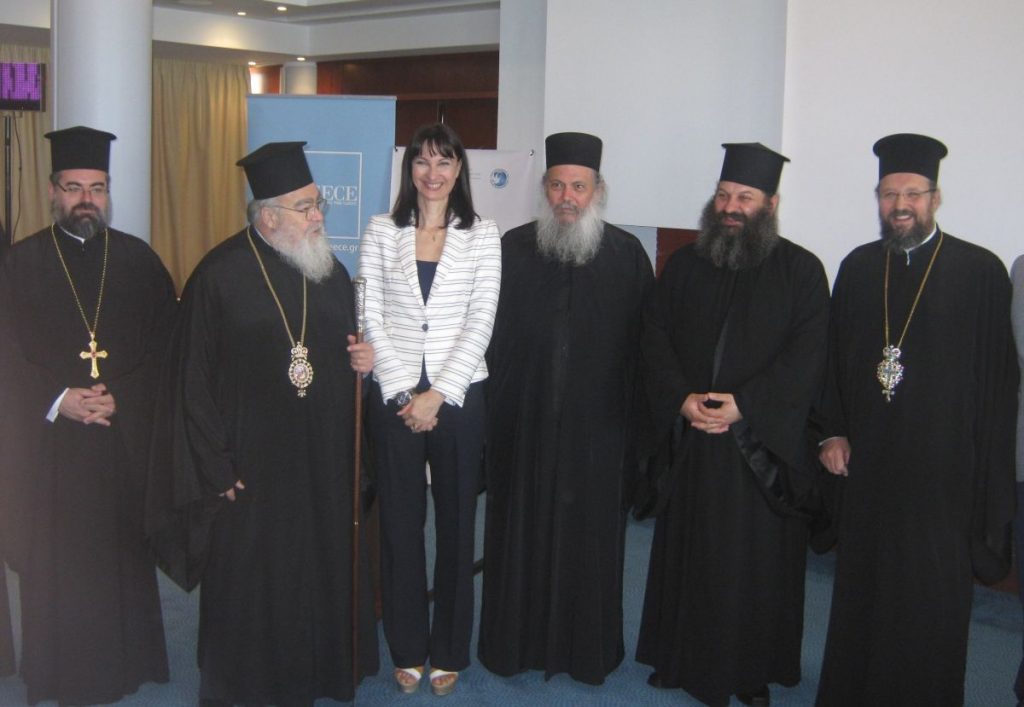 The development of religious and pilgrimage tourism is factored as a priority in Greece’s tourism strategy, Alternate Tourism Minister Elena Kountoura said on Friday.

While opening the Greek-Russian Religious and Pilgrimage Tourism Conference in Lagonissi, she underlined that efforts have already begun for developing religious tourism and that many markets have expressed a strong interest in religious and pilgrimage tours and programs at Greek destinations.

According to Ms Kountoura, the tourism ministry is in constant collaboration with the Church of Greece, all Greek regions, local governments and the private sector, to highlight and promote specialized programs that include visits to religious sites of Greece at popular and new destinations. She added that the ministry is planning to develop and combine various tourism forms with great potential that will meet the demands of the traveling public, citing a proposal for the development of religious cruises.

During the conference, the Secretary General for Information and Communications, Lefteris Kretsos, said that efforts will be made for the tourism ministry to receive more funds for promoting Greece abroad.

The conference included presentations on pilgrimage routes in Greece and Russia, as well as discussions to develop cooperation between the two countries on religious tourism.

Speeches were also given by the head of the Special Synodical Committee for Pilgrims Tours of the Church of Greece Metropolitan Chrysostomos; the director of the department of tourism and regional policy of Russia’s Culture Ministry, Olga Yarilova; the executive director of the Association of Tour Operators of Russia (ATOR), Maya Lomidze; and the general director of the Pilgrim Centre of Moscow Patriarchy, Deacon Sergiy.

Attendees at the conference included Greek and Russian tourism professionals that specialize in religious tourism travel packages and pilgrimage tours.

The event follows the recent Greek-Russian tourism forum held earlier this month and was held within the framework of the ongoing Greece-Russia Cross-year events.

TUI Says Austrian Vacationers Have a Soft Spot for Greece