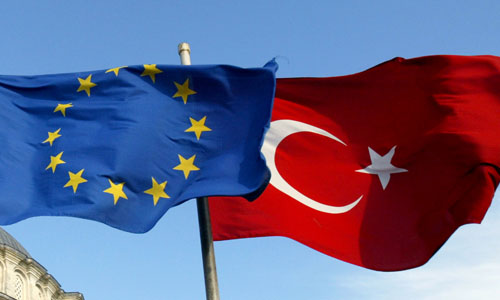 Despite putting forth a demand in March that its nationals be allowed Schengen zone visa-free travel by June if it agreed to take back refugees from Greece, Turkey must still meet all 72 criteria for EU accession, the deputy head of the European Commission said in Brussels on Thursday.

“The onus is on Turkey,” First Vice President Frans Timmermans told the European Parliament. “They say they can do it… we will not play around with those benchmarks.”

In the meantime, Turkish EU Affairs Minister Volkan Bozkir reiterated from Ankara on Thursday that Turkish legislation to meet European Union criteria on visa liberalisation will be completed by Monday. Reuters reported that Mr Bozkir said he expects the Commission to recommend members allow visa-free travel in Europe for Turkish nationals by June in a report on Wednesday.

The European Commission last week proposed visa-free travel deals with Turkey, Ukraine and Georgia. According to the The Wall Street Journal, EU governments are looking into implementing a new policy that would allow the bloc to instantly suspend or even scrap these arrangements should the need arise.

Visa-free travel within the EU is a hotly debated issue right now as governments are set to decide whether to move ahead with a visa-free travel regime while their citizens are concerned over a mass influx of refugees.