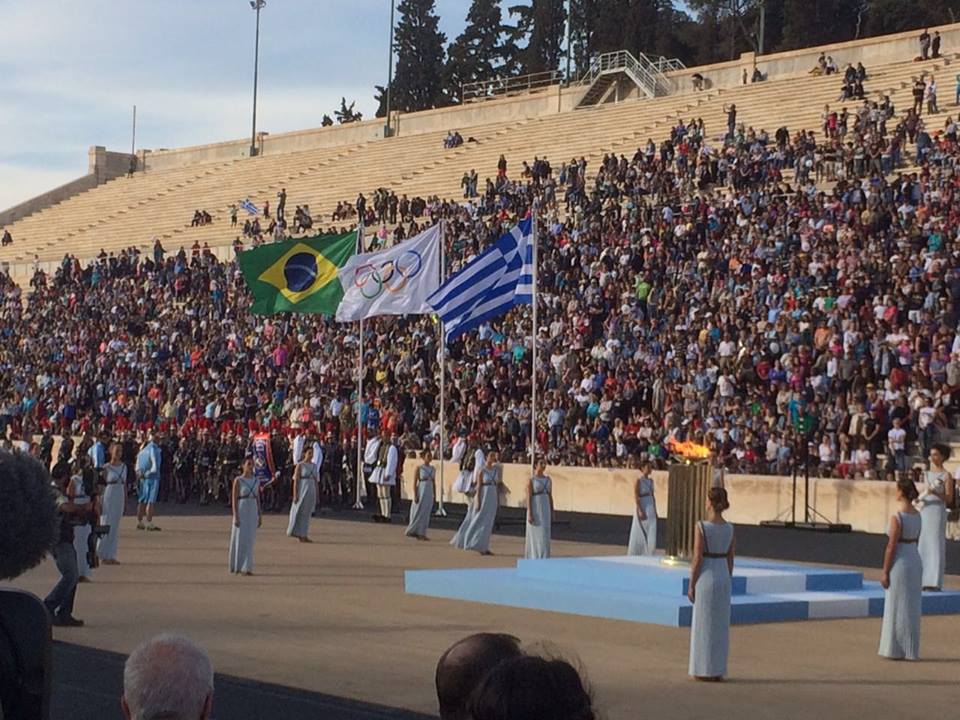 The Olympic Flame was handed over to the 2016 Rio de Janeiro delegation on Wednesday, 100 days before the opening of the Olympic Games, at a ceremony at the Panathenian Stadium in Athens, in the presence of 30,000 spectators.

“The journey of the flame within Greece is drawing to a close, right here, at the Panathenian Stadium and now starts its journey to Brazil”, Mr Capralos said in his speech.

“We are proud and moved for the unique moments that the flame has once more offered to us, the flame, which still is the most powerful symbol of Olympism.”

The flame was lit on April 21 in Ancient Olympia, the home of the Olympic Games in southern Peloponnese, and arrived at the Panathenian Stadium, venue of the opening of the first Games of the modern era in 1896, after touring 32 cities in Greece.

The flame will now continue its journey to Rio de Janeiro for the Opening Ceremony of the XXXI Olympic Games, on August 5, in Maracana.

“Excitement is building in Brazil… and will build even more as the Torch Relay lights up all parts of the country”, the president of the “RIO 2016” Organizing Committee, Carlos Nuzman, said.

“The relay will showcase to the world the amazing beauty of Brasil. It will also spread the spirit of the Games throughout the country.”

In Brazil, the flame will visit 329 towns and cities, across all five regions, travelling 20,000 kilometres by road and 10,000 miles by air and being carried by 12,000 torchbearers.

The torch relay on Greek territory was completed earlier, with the world rowing champion Katerina Nikolaidou being the last torchbearer and lighting the cauldron in the Panathenian Stadium. In the stadium, Niki Bakogianni, Ioannis Melissanidis and Nicole Kyriakopoulou also carried the flame.

The impressive ritual performed by the High Priestess Katerina Lehou and the Priestesses was inspired by the choreographer Artemis Ignatiou to the music of the composer Yiannis Psimadas. 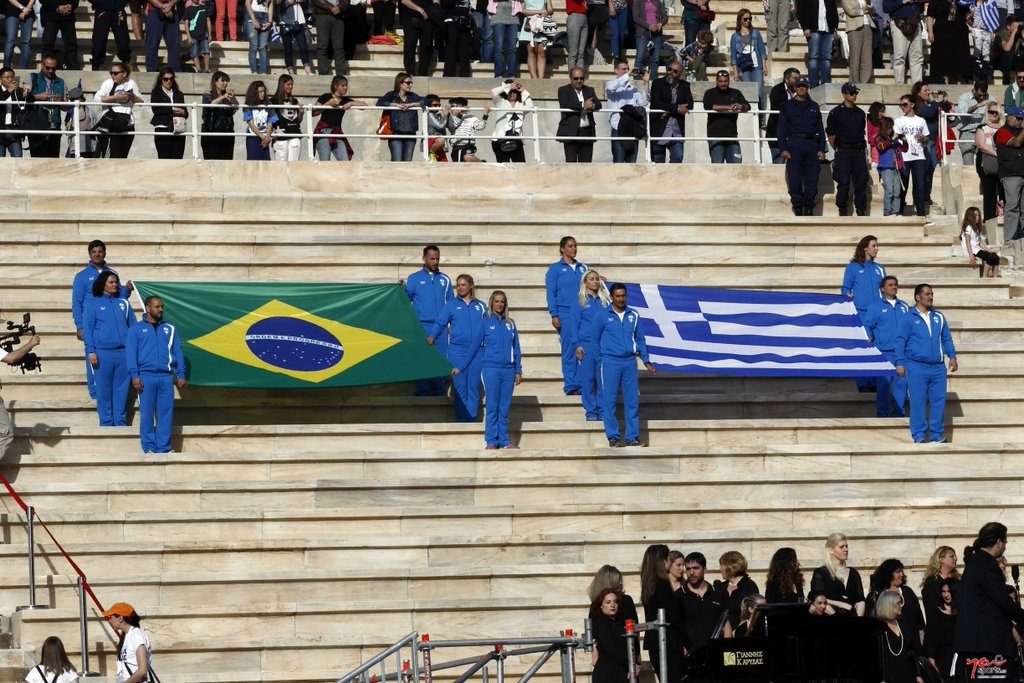