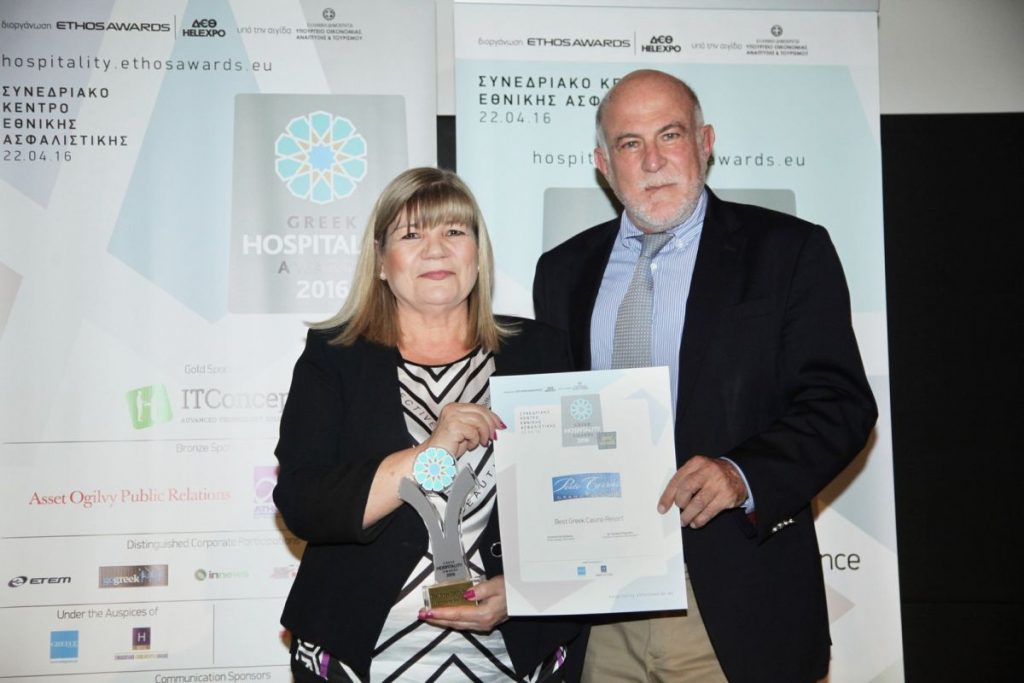 In its second year, the Greek Hospitality Awards rewarded excellence in Greece’s hotel sector. Nominee hotels were evaluated by a judging committee, which included acclaimed personalities of the business, academic and tourism industry, and the voting public.

“We thank the committee, the organizers and the public voted for us to receive this award… The Porto Carras Grand Resort promises to continue its efforts to implement its vision for placing the complex in a top position on the world tourism map”, said Konstantina Alexopoulou, Chief Financial Officer of Porto Carras, when receiving the award for Best Greek Casino Resort.

Ms Alexopoulou announced that the Porto Carras Grand Resort in June will inaugurate a new luxury section in the casino of the Meliton hotel.

The Greek Hospitality Awards 2016 were held under the organization of Ethos Events and the TIF-HELEXPO.