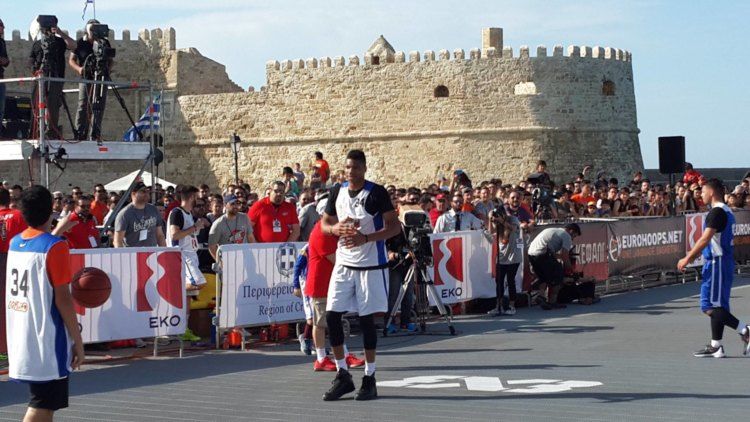 The Antetokounmpo brothers got the Cretan town of Heraklion on their toes  shooting hoops last weekend when the two ultra athletes — Giannis and Thanasis — participated in a sports event organized by the Region of Crete and the Heraklion municipality.

The idea came to fruition last year in Athens, when the brothers played a friendly game and saw hundreds flocking to see them, thus “Street Ball Event 2016 Antetokoubros” was born aiming to bring kids closer to sport through similar games across Greece. The man behind the debut event, which took place in Heraklion last Saturday, was none other than former Olympiakos superstar Theodore Papaloukas. 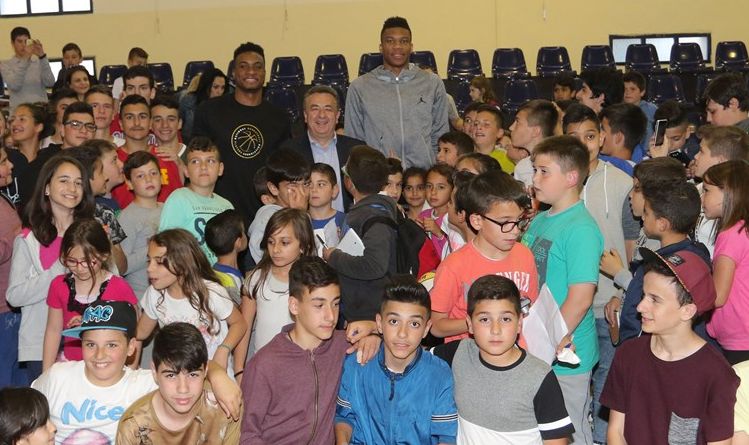 The Antetokounmpo brothers Giannis and Thanasis with Stavros Arnaoutakis, Governor of Crete Region, and young fans.

“We showed Papaloukas that our priority is to organize major sporting events in Heraklion. We passed the test successfully with the World Championship last year at the ‘Dyo Aorakia’, a gem of a court, which could easily embrace sport and tourism events,” Konstantinos Vardavas, Heraklion deputy mayor for Sport and Administration told local radio.

In the meantime, NBA’s Giannis Antetokounmpo features in a Nike Greece ad titled “Just Do It” highlighting athletes preparing for the Road to Rio and the 2016 Summer Olympics and Paralympics. The TV spot comes ahead of #JUSTDOITGREECE, inviting athletes to run the road to Brazil with Nike+ through to May 12. Participants can run a portion of the 9,647km route contributing in this way to Nike’s cause, which is to offer sporting equipment and supplies to Greek primary schools.