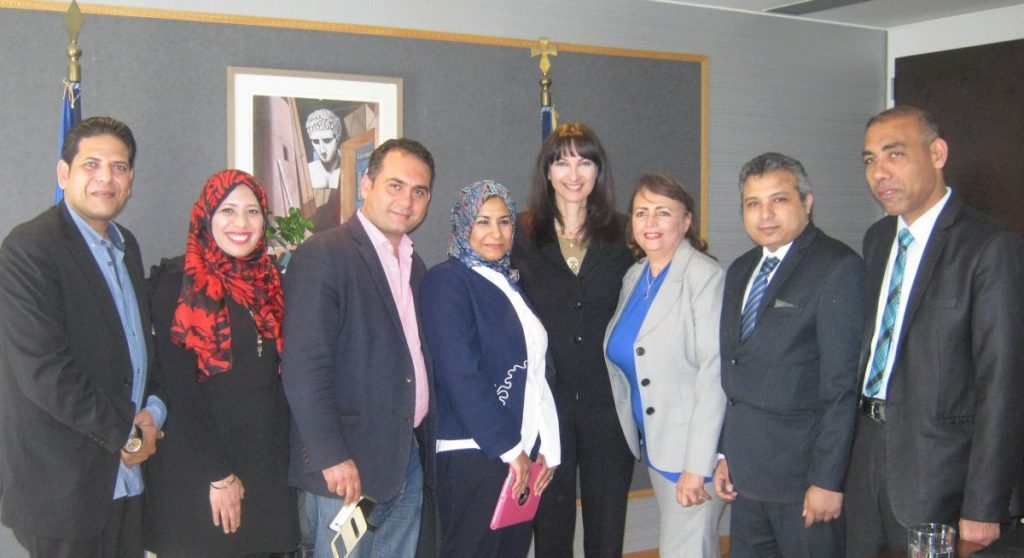 A Greek-Egyptian Tourism Forum will be held in Cairo in the coming period, the Tourism Ministry said on Wednesday.

The announcement was made following a meeting held in Athens between Alternate Tourism Minister Elena Kountoura and Egyptian journalists, during which she promoted Greece to attract more tourists from Egypt.

The meeting was held on the sidelines of a familiarization trip that consisted of a delegation of journalists from Egypt, organized by the General Secretariat of Information and Communication of the government.

The fam trip is part of the general central planning of the government to strengthen bilateral relations between Greece and Egypt.

During the meeting, Minister Kountoura discussed the prospects of bilateral tourism cooperation between the two countries.

The minister referred in detail to joint actions and initiatives aimed to strengthen the tourism cooperation between the two countries, which are in accordance to the cooperation agreement on tourism that she signed with her counterpart in Cairo last February.

No Flights to/from Greek Airports on Thursday, April 7, due to Strike