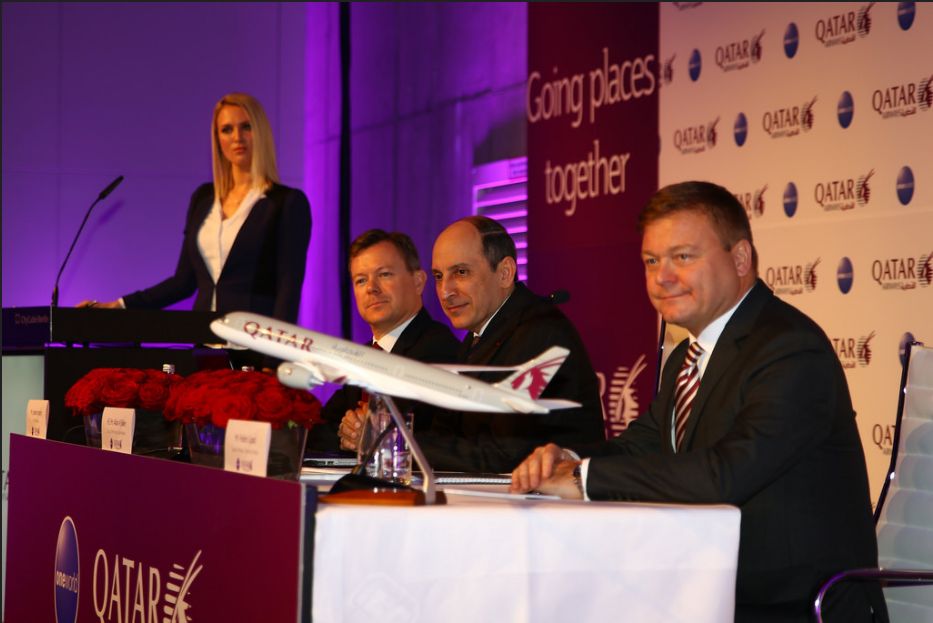 Qatar Airways, the national carrier of the State of Qatar, has announced a significant network expansion of 14 new destinations.

Spread across four continents, the new routes will further expand the reach of the airline’s network, and will include the world’s longest flight, between Doha and Auckland, New Zealand.

“These new destinations are where our customers want to go, and where we see the most opportunity to provide a best-in-class experience at great value.”, said H.E. Mr. Al Baker.

Five new European destinations
The Italian city of Pisa, starting on August 2 with daily non-stop A320-family service from Doha, will be the fourth Italian destination for Qatar Airways, joining Venice, Rome and Milan. Service to Sarajevo (Bosnia) will start on September 7, with three flights per week on A320-family aircraft. Daily non-stop flights from Doha to Helsinki (Finland) will start on October 10, offering new connections between oneworld hubs. Three times weekly service between Doha and Skopje in November. Both new cities will be served with A320-family aircraft. Also, the airline will return to Nice (France) by summer 2017, with five flights per week with wide-body aircraft.

Six new destinations in Africa
Marrakech (Morocco) will begin in July, three times per week, from Doha on the airline’s Boeing 787 Dreamliner aircraft. Four flights per week between Doha and Windhoek (Namibia) will begin on September 28. Daily scheduled service to the Seychelles will resume on December 12. In January, Qatar Airways will offer three flights per week from Doha to Douala (Cameroon) and Libreville (Gabon) utilising one aircraft. Non-stop service, three times weekly from Doha to Lusaka (Zambia) will begin by summer 2017.

Three new destinations in South West Pacific/Southeast Asia
Daily service to Auckland – Qatar Airways’ first route to New Zealand, and what will be the world’s longest flight – will begin on December 3. Qatar Airways will use the Boeing 777 aircraft for this route. Just in time for the winter break Qatar Airways will begin four flights per week to Krabi (Thailand) on December 6 and three flights per week to Chiang Mai (Thailand) also in December, enhancing overall connectivity to Thailand through four gateways. Qatar Airways currently flies to Bangkok and Phuket.

The introduction of the new destinations comes two years after the opening of Qatar Airways’ hub, Hamad International Airport. The airport, one of the most technologically advanced modern airports in the world, serves more than 28 million passengers annually – and is set to grow up to 50 million in 2018.