Following years of keeping a low profile in regards to its tourism offerings, the island of Andros has now embarked on a promotional strategy which focuses on its main product: its hiking trails.

Making its second appearance this year at the ITB trade show in Berlin, as a coexhibitor in the stand of the South Aegean region, Andros is promoting itself as an ideal destination for walking holidays.

“Here at ITB we are promoting our nature, our culture and our trails”, the municipal councilor of Andros for tourism and development, Eleni Politou, told GTP

“Our main markets are Italy, Germany, the UK, France and the Netherlands and we are aiming to attract more visitors from these markets and at the same time expand to new markets such as Sweden, Norway and China”, she added.

Andros, unlike the other islands of Cyclades, is ideal for hiking due to its mountainous nature that offers a unique experience. 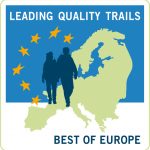 In October 2015, the European Ramblers’ Association granted Andros’ paths as “Leading Quality Trails – Best of Europe”, making it the first island in Europe that has received such certification and at the same time establishing it as one of the leading quality destinations for hiking.

During ITB it was announced that the island will host the first Andros Trail Race on October 2. Nature lovers are invited to run the most demanding race in stone paths.

Along with promoting its hiking trails, Andros is also focusing on communicating its cultural offerings such as the Archaeological Museum, the Museum of Modern Art, archaeological sites, and activities such as bird watching and diving.

Andros’ next stop will be the Les Salons du Tourisme exhibition in Paris that will take place March 17-20.

The Greek Travel Pages (GTP) is a media sponsor of the Andros Trail Race.