The tourism research institute IPK International presented the latest forecasts for the global and European tourism industry at the ITB Convention in Berlin. 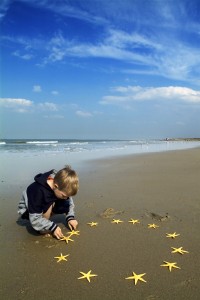 “Worldwide, international travel is expected to grow by three percent in 2016. Without the recent terror threats however, a growth of 4.5 percent would be possible“, explained Rolf D. Freitag, CEO of IPK International, on Wednesday at ITB Berlin, during his presentation of the latest findings of the World Travel Monitor.

The recent terrorist attacks in some of the main source markets of international tourism have created a great deal of uncertainty regarding the travel planning for 2016. “Forty percent of international travellers said the terror threats will affect their travel plans for 2016, although responses varied widely from region to region“, said Freitag.

Furthermore, he highlighted what kind of impact the perceived terror threats could have on tourism in 2016. Thus, 15 percent said that they would either not travel abroad at all or only go on domestic trips within their own country. A further 25 percent claimed they would only travel to destinations they consider as safe.

According to the World Travel Monitor, Asians will again take more trips abroad in 2016, although the growth rate will be lower compared to previous years. Figures for Japan could be negative opposed to China and India. For outbound trips from the US and Mexico, moderate growth rates can be predicted, whereas a decline from Canada cannot be ruled out.

Despite terror fears, international trips by Europeans are expected to continue on a slight upward trend. Demand appears likely to increase from the Netherlands, the UK, Switzerland and Germany – and is expected to fall from Russia, Greece and Italy.