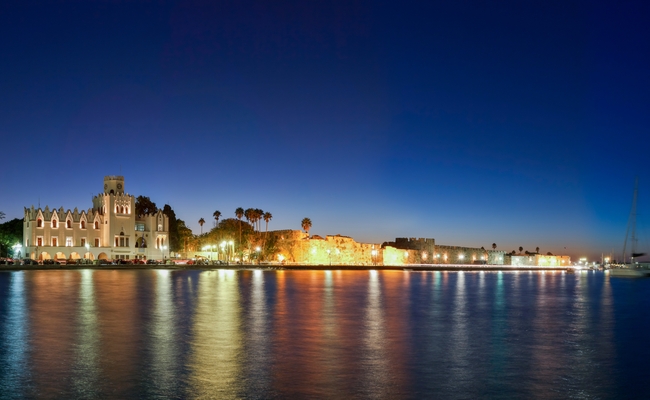 Kos, the fourth most popular destination for tourists to visit in Greece, is experiencing a great demand in Germany, according to the president of the Hoteliers Association of Kos, Konstantina Svynou.

Since the start of the booking season for summer 2016, Kos, along with other islands of the Aegean, was seeing a drop in demand due to the publicity of the refugee influx to its shores from Turkey.

However, according to data, the island is experiencing a comeback in the German market as bookings are now only down by five percent compared to last year. Bookings from the United Kingdom, another key market of Kos, are also said to be on the up.

“Our bookings were down from all markets due to the poor management of the refugee crisis in 2015 and the images of the island that travelled throughout Europe. But the problem took us by surprise and caught us unprepared. But now we are ready and want everyone to know that it is ‘business as usual’ here”, Mrs Svynou told GTP on the sidelines of ITB on Wednesday.

As the other islands dealing with refugee arrivals by sea, Kos also has a new identification center to which the refugees are transferred by buses. “In 24-48 hours, refugees that have arrived are screened and then transferred to the port for departure. There is no contact between tourists and refugees”, she said and added that Kos is far from the flows arriving on Chios, Samos and Lesvos.

Mrs Svynou added that overall she expects Kos to see a 10 percent drop in arrivals this year compared to 2015. “Nine percent of our charter flights have been cancelled for this season so this limits our recovery numbers.”

The Municipality of Kos, in cooperation with the Tourism Ministry and the Greek National Tourism Organization, has begun to carry out a specific marketing plan to boost the island’s recovery in all markets. The plan includes the organization of media trips to the islands in order for journalists and travel bloggers to report the exact situation on the island.

Elias Sifakis, Kos Deputy Mayor of Tourism Development & Agriculture, believes that the plan should help bookings rise from the island’s other main markets such as the Dutch, which is currently down by 35 percent.

“We are waiting for the journalists and bloggers to come to Kos to see the island for themselves. To see that it has nothing to do with the negative images shown last summer… I don’t expect our island to see any significant profit this year but I do expect this season to wipe out the losses of the past months”, he said.

“Let’s not forget that Kos is a powerful destination for Greek tourism and its recovery is also important for the Greek economy as well as to leading tour operators who have invested in the island”, Mr Sifakis stressed.