Two Estia Hotels to Shut Down in Evia 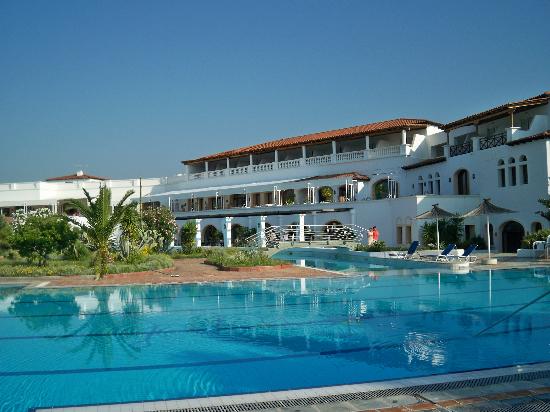 Two hotels belonging to the Estia SA Group are set to go out of business, leading to the loss of some 140 jobs, according to a statement released this week by the Evia Labor Center.

The 205-room Eretria Village and the 334-room Holidays in Evia will not be operating in the upcoming summer season according to the statement, which cites Estia SA officials claiming outstanding debts to the Bank of Piraeus and to the IKA social security fund as well as failure to find a strategic investor.

Local media reports that the Evia Hotel Employees Association met up with management from Estia SA, where they were told of the ceasing operations. The Evia Labour Center is calling for the reopening of the accommodation units and is demanding employees of both hotels be paid wages still due for the 2014-2015 period.

According to the Evia Labor Center, the four-star Eretria Village and the three-star Holidays in Evia were fully booked last year. Employees will seek legal recourse.