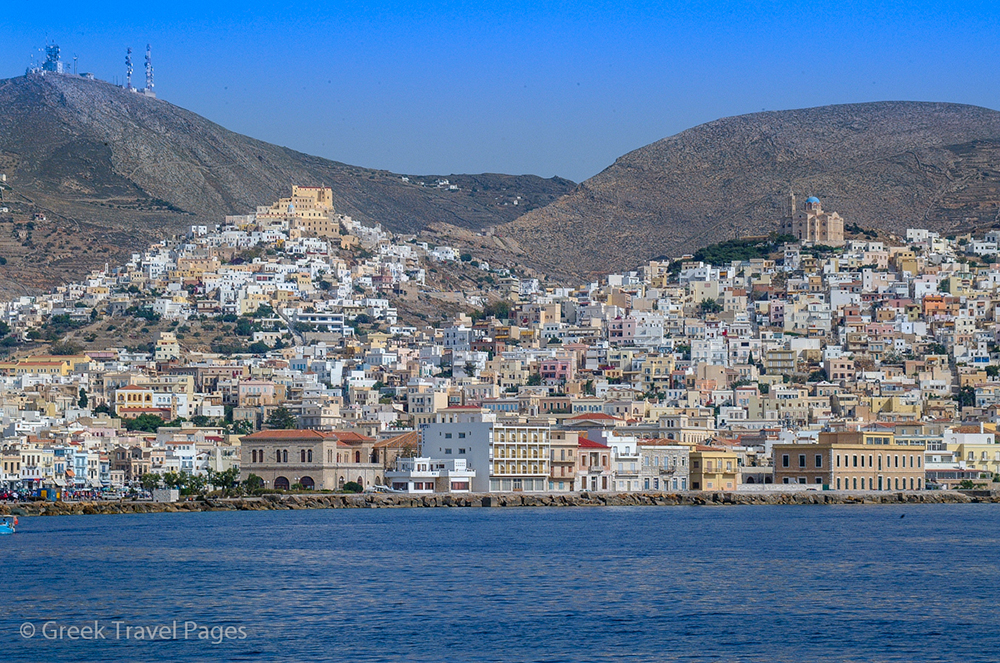 Syros-born professional basketball player for Olympiacos Piraeus Giorgios Printezis joined the mayor and the minister to lay out the groundwork for the organization of the weeklong “3 on 3” sporting event to be held in July at the Cycladic island’s central Maiouli Square.

The weeklong athletic event will include five days of 3 on 3 games for youngsters with the last three days featuring big names of the sport from Greece and abroad. In the meantime, tournaments are being held across Greece for school teams with the finalists meeting up on Syros this summer.

The island’s mayor added that the event will not only contribute to the promotion of Syros and Greece across the globe but will also be held for a good cause with a portion of the takings going to the needs of several of the island’s institutions.

Minister Kountoura, stressing the significance not only for tourism but also for Greek sports and charity, pledged to offer the ministry’s and the Greek National Tourism Organization’s backing.

Save Money on Flights for World Travel Market Events