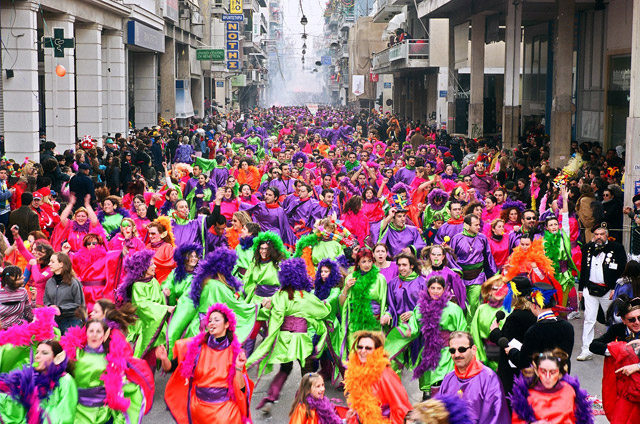 The carnival season* may mean endless song and samba but there are plenty of traditions across Greece which promise to keep you smiling, dancing and making merry this year.

Parades, tricks and treats, local brews and wines take center stage during this year’s “Apokria” (carnival) celebrations across the country. At the center of all the partying is the port city of Patra, which hosts the largest carnival under the motto this year: “Patra Carnival Forever” – complete with a grand parade, theater and dance shows, concerts, kiddies workshops, and of course, the famed treasure hunt. The festivities peak on March 13 with the burning of King Carnival at the port.

Further away, on the island Crete, the revelling continues in the streets of Rethymno with “mantinada” (traditional Cretan rhymes) parties, treasure hunts, a night parade, and the flaring of King Carnival on March 13. 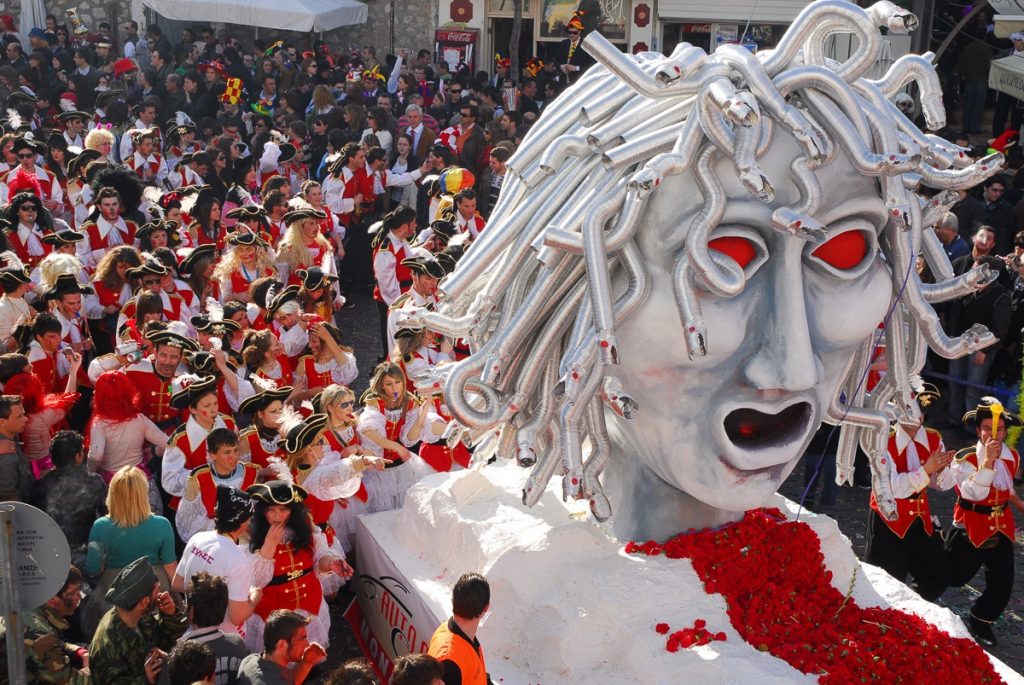 Up north, in the pebble-stone roads of Xanthi, local traditions dating back centuries take center stage with theater and dance performances, art shows, round-table discussions and museum events. March 13 marks the burning of King Carnival and the beginning of Lent.

And Greek carnival season wouldn’t be complete without Athens’, where the capital’s central squares and boroughs, including Plaka, Monastiraki, Syntagma and Thisseio will be brimming with masqueraders, music, carnival colors and glee.

Other cities in Greece hosting traditional carnival parades are Tyrnavos and Naoussa.

* Carnival in Greece kicked off on February 21 and will run until the last Sunday before Lent (March 13).