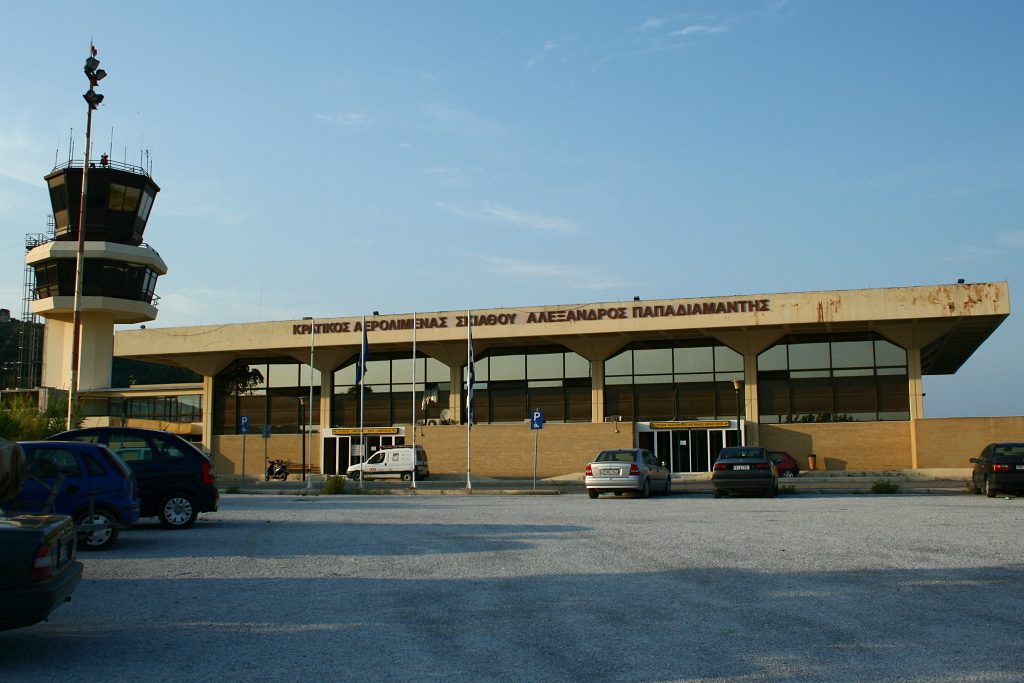 Within its recent series of visits to the 14 regions in Greece where German transport company Fraport will operate the local airports, a management team visited the Sporades island of Skiathos, on Wednesday, to touch base ahead of the launch of operations there next year.

Fraport Group CEO Stefan Schulte met with Skiathos Mayor Dimitris Prevezanos and A. Papadiamantis Airport Manager Ilias Petrakis. The men discussed plans for the design and renovation of the current airport facilities, including the construction of a third building as well as the expansion of the parking area.

Mr Schulte also presented local authorities with Fraport’s policy, which includes promoting the island and tapping into Skiathos’ human resources with the collaboration of the municipality, which he called on to intervene with central government in order to ensure the smooth operation of the facilities.

On his part, Mr Prevezanos expressed his satisfaction with Fraport’s willingness to cooperate with local authorities and informed Mr Schulte of the municipality’s recent promotional campaign.

Frankfurt-based Fraport Group was awarded in December a 40-year deal to manage with its Greek partner energy firm Copelouzos the domestic airports at 14 regions across Greece. The airport operator will invest a total of 330 million euros in the project.