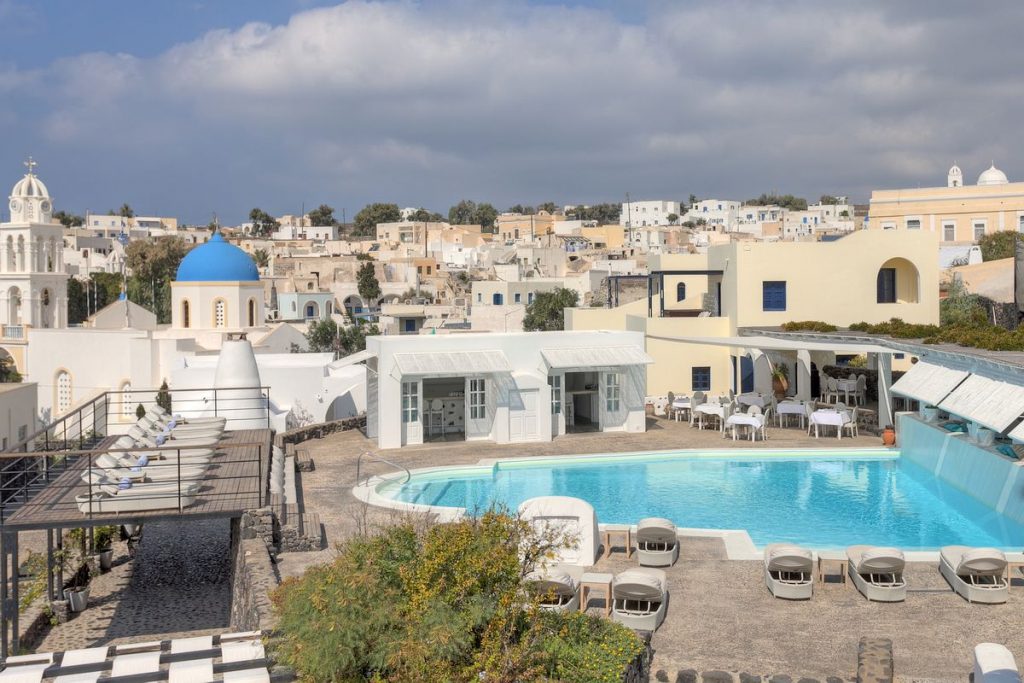 Vedema, a Luxury Collection Resort on the island of Santorini, has been nominated for Travel & Leisure’s 2016 World’s Best Awards under the category: “Hotels – Europe – Greece – Santorini”.

Complete the survey and you’ll be entered into Travel & Leisure’s giveaway, which includes a $10,000 dream trip.

Overall the survey and voting only takes five minutes as there are 7 easy questions at the start and then it is time to vote. You can also vote for your favourite airlines, airports, cruise lines, etc..

The survey’s results will be revealed in the August 2016 issue of Travel + Leisure. All survey entries must be received by February 29.

Overlooking the azure Aegean Sea, Vedema is built around a 400-year-old winery and encircled by ancient walls. The resort has 45 luxurious, traditionally designed villas.

Travel + Leisure is a travel magazine based in New York City, New York and is published 12 times a year. According to its media kit it has 4.8 million readers worldwide.