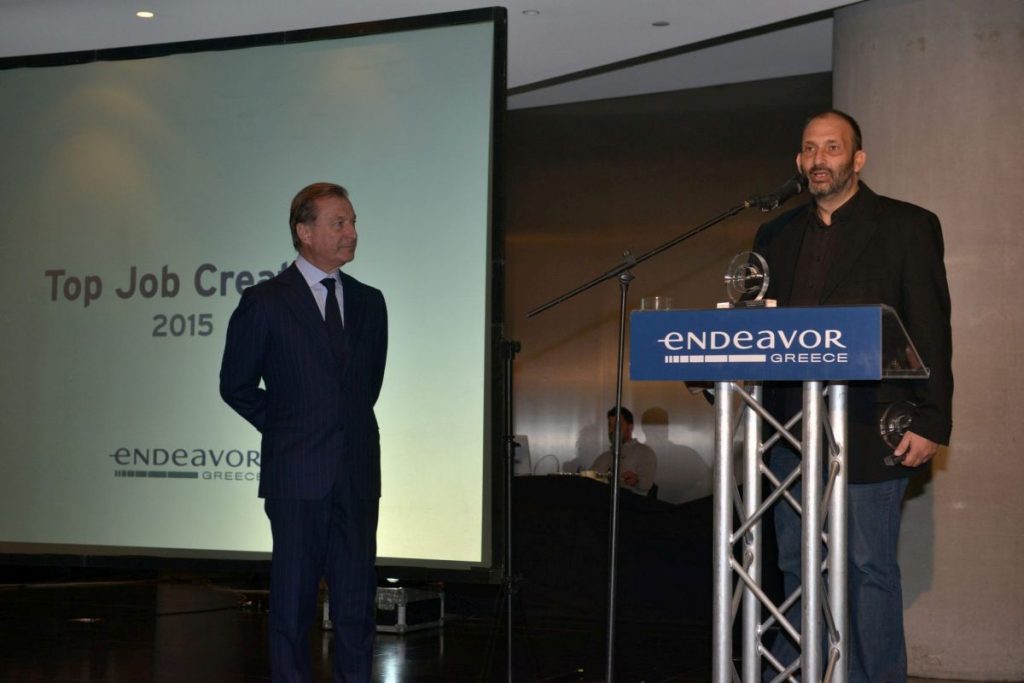 Panos Paleologos, the president and founder of Greek hotel management company HotelBrain, was honored on Thursday with the title of “Top Job Creator” for creating the most job positions in 2015. The award ceremony took place during the annual meeting of Endeavor Greece in Athens .

“Tourism has proven to be one of the few healthy sectors of our economy in these difficult times we are living, as it creates both significant revenue and job positions”, Mr Paleologos said after receiving his award from Endeavor Greece’s Chairman Michael Chandris.

He added that his company sees eye to eye with Endeavor’s vision, which is to support entrepreneurship as a lever for job creation and growth in Greece.

Endeavor Greece is an international non-profit organization, which selects and supports the most promising companies around the world. HotelBrain has been a selected member since 2013.