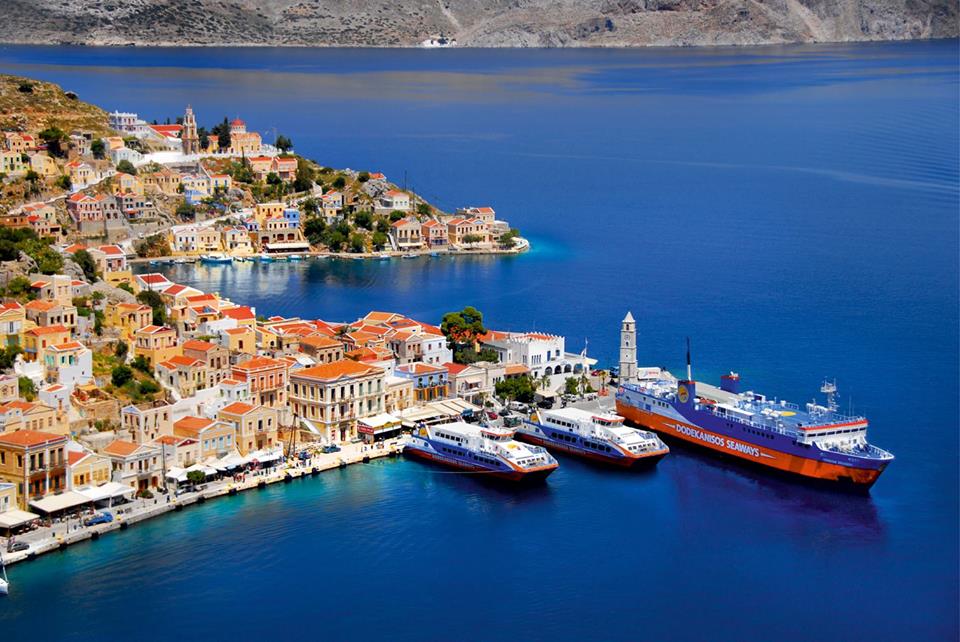 Greek ferry operator Dodekanisos Seaways was honored with the Passenger Line of the Year award at Lloyd’s List Greek Shipping Awards 2015 held during a recent ceremony in Athens and attended by Greece’s leading shipping personalities and companies.

In its 12th year, the awards are held to recognise and reward achievement and meritorious activity in the Greek shipping industry as well as to promote Greece’s status as a maritime centre.

Irene Spanou, daughter of the director and founder of Dodekanisos Seaways, received the award and presented a short timeline of the company’s history.

In its 15th year, Dodekanisos Seaways connects 12-13 ports on the same day and is often referred to as the “sea metro of the Dodecanese”.

The Passenger Line of the Year award criteria includes route consistency, reliability, excellent organisation, quality services offered, innovative activities and mainly ending the “isolation” of small and remote islands and adding to their development in all fields.

“This award is the best present we could have received”, Ms Spanou said and underlined that the creation of the company was a dream her father had since childhood.

Ms Spanou dedicated the award to her father, to the company’s staff and to the islanders of the Dodecanese, “who have shown their invaluable support to the company from its beginning and continue to support it in every way”.

The Passenger Line of the Year award has also been awarded to Hellenic Seaways in 2014 and Blue Star Ferries in 2011 and 2012.

Dodekanisos Seaways has also been honoured by the municipalities of Patmos, Chalki, Leros, Lipsi as well as the Prefecture of Dodecanese, for its significant contribution to local communities.

Winners of the Lloyd’s List Greek Shipping Awards are chosen by an independent panel of judges representing a broad cross-section of the Greek shipping industry.