Halkidiki Promo Efforts in Milan Ahead of Aristotle Year 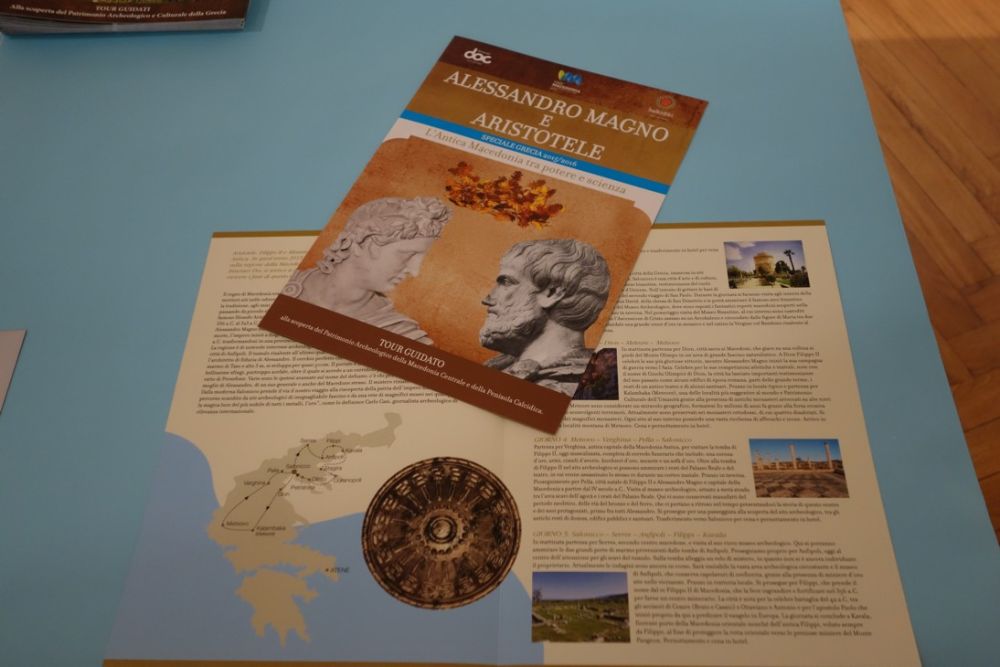 Paving the way ahead of “2016 – The Year of Aristotle”, the Central Macedonia Region in collaboration with the Halkidiki Tourism Organization (HTO) organized a special event in Milan, last month, spotlighting the Greek philosopher as well as Alexander the Great.

The event, attended by media as well as travel and tourism professionals, featured documentaries filmed in the last six months in main Macedonia destinations including Thessaloniki, Vergina, Serres, Amphipolis, Pella, Dion and Stagira — the birthplace of Aristotle.

“Money and Art”, an Italian-made documentary for national broadcaster RAI 5 International was aired as was a 3D trailer of “In the Footsteps of Alexander and Aristotle”.

Archaeologist Carlo Casi shared his experiences in Greece, during the preparation for his feature on the two great Greeks for Archeo magazine. And RAI 1’s Sergio Grasso spoke about the diet of the ancient Greeks, the nutritional habits of the Mt Athos monks and about his next Greece project focusing on Greek gastronomy.

Italian tour operator Itinerari DOC, meanwhile, presented its historic routes brochure featuring trails in the steps of Alexander and Aristotle. The event came to a close with a Macedonia wine-tasting session.

The HTO will continue its promotional efforts this weekend at the Grecka Panorama to take place in Warsaw on December 12-13.