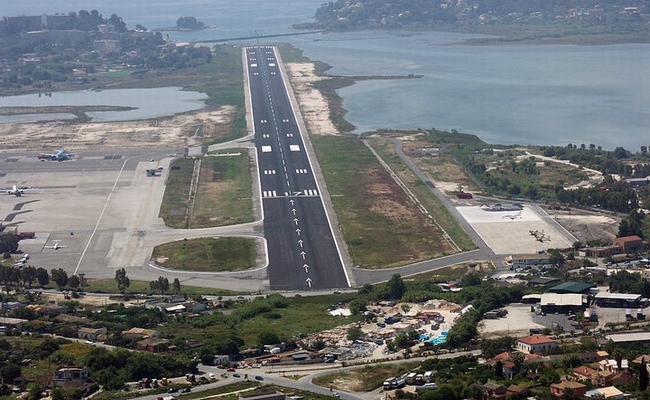 Representing the Ionian islands, the regional governor Theodoros Galiatsatos has launched an online referendum on whether Greece should privatize its regional airports.

Four regional airports in the Ionian region, located on Corfu, Kefalonia, Zakynthos and Aktion, are among the 14 that are to be leased and managed by Germany’s Fraport, jointly with Greek energy giant Copelouzos.

The referendum question basically asks Greeks registered to vote in the Ionian Region to decide for or against (“Yes” or “No”) the privatization deal.

Greeks registered to vote in the Ionian Region can cast their vote here.

When the deal was first announced, Ionian Islands Prefect Theodoros Galiatsatos said that he opposed the privatization of the regional airports as he believes the deal would seriously impact the region’s economy.

According to Mr Galiatsatos, the government should opt for a new model for the management of airports with public character and the participation of local government and local productive institutions.

Halkidiki Promo Efforts in Milan Ahead of Aristotle Year

Kountoura Focuses on Key Culture Issues Ahead of 2016 Tourism Season