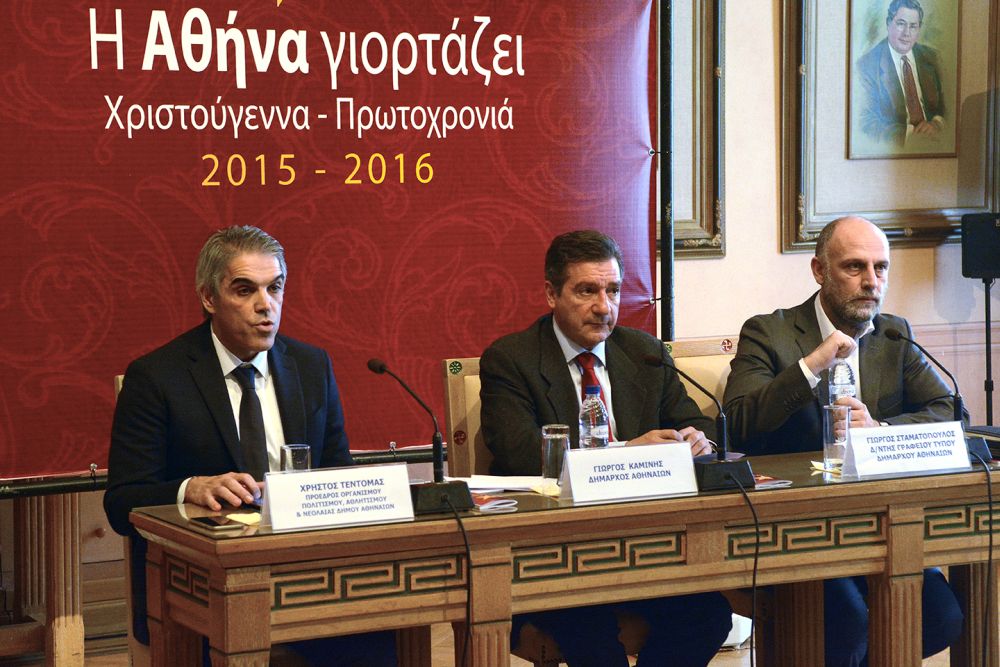 The Greek capital will be celebrating Christmas and New Year’s with more than 240 events to get the holiday pulse racing in its parks, on its squares and along its pedestrian walkways, the mayor of Athens said on Monday.

Presenting the municipality’s holiday agenda at City Hall, Athens Mayor Giorgos Kaminis told a press conference that “in difficult times we seek the company of others… Athens invites everyone to join the fun and celebrate together”.

The mayor added that the city was lit much earlier this year joining other world capitals in sending out a message of “optimism, solidarity and peaceful coexistence”.

This year’s holiday agenda includes concerts, art events, theater performances, story-telling activities and workshops for children, and much more. On New Year’s Eve, straight from Thisseio, the city’s Big Band Orchestra, Symphony Orchestra and Choir will join popular artists to usher in 2016. Presenter on the night will be actor-screenwriter Giorgos Kapoutzidis, who said on Monday that “we must have faith in the power of good in order to overcome difficulties”.

Major holiday happening points around town include Syntagma and Kotzia squares, the National Park, Apostolou Pavlou and Dionysiou Areopagitou pedestrian walkways as well as museums and cultural institutions. For more on the program, press here.

In the meantime, true to the spirit of Christmas, the Toc Merrython — a 5km and 10km race — organized by Greek news site toc.gr on December 13, will kick off at Thisseio at 9.30am and proceeds will go to the city’s social welfare programs.