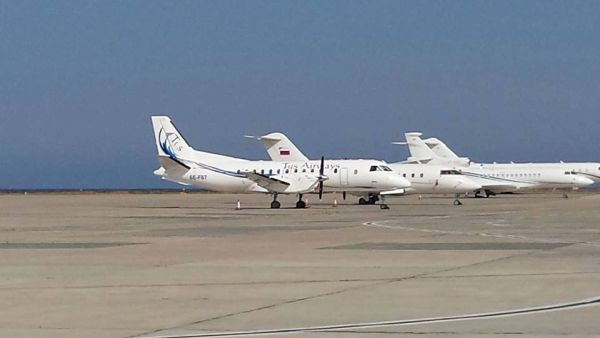 Based at Larnaka international airport and founded in June this year, Cyprus’ new national carrier, Tus Airways, is set to take to the skies in the coming months.

Cypriot Communications Minister Marios Demetriades told local radio last week that Tus Airways is expecting its final clearance and will be operational within the next few months.

Set up by Efthymios Liastos, a former Cyprus Airlines pilot and Civil Aviation inspector, the company’s majority stake is in European hands with American investors also in on the deal.

Ticket rates will range from 69 euros to 169 euros, depending on the destination, and through the company’s website, consumers can find subsidized prices for hotels, car rental and other services.

“At the moment, Tus Airways operates a 35-seater (Saab 2000) and is waiting on a Saab 340B to be in by the end of the month and to begin routes. The airline is aiming to reach eight aircraft, some of which have already been ordered,” Mr Andrikidis said.

In its fledgling steps, the company will operate daily short-haul flights to Crete, Rhodes, Kos, Egypt, Israel and Lebanon, with the aim to expand to Athens, Thessaloniki and other Greek destinations by next summer.

“We are working hard with all agencies like the CTO (Cyprus Tourism Organisation) to bring as many planes as we can to Cyprus, so we obviously approve of such a move. The new airline also gives more options to people in Cyprus wanting to fly out,” Mr Demetriades said