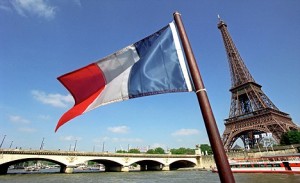 Some 20 percent of travel and risk managers are likely to cancel travel to France and to and within Europe for some period of time, according to a survey conducted by Business Travel Coalition (BTC) over the weekend into Monday in response to the terror attacks in Paris last Friday evening.

The purpose of the survey was to provide an early snapshot for travel and risk managers to understand how companies and other organizations are responding regarding potential near-term travel policy changes. Eighty-four corporate, university and government travel, sourcing and risk managers from 17 countries participated in the survey.

According to the survey, the fear of terrorist threats affects not only travel to France, but travel to Europe in general.

The survey underlines that if the French government investigation determines that Friday’s terror attack was just one of many more in the planning stages, then 30 percent of organizations indicate that they will likely cancel travel to France until strategic modifications to travel policy are considered.

According to BTC, the results are prospective in the sense that any travel policy changes, for most organizations, have not yet been decided upon, but rather, are under consideration in real time.

“As the French government investigation proceeds, and facts change, e.g., discovery of additional imminent attacks, or actual attacks, organizational responses regarding travel policy could change significantly”, BTC says and underlines that the survey results aim to act as a baseline for future surveys to gauge response to moving circumstances.

“The airline industry is a highly leveraged one in the sense that the last several passengers that board an airplane can often make the difference between profit and loss on any given flight. As such, the percentages of potential restraint on demand discovered in this survey should be of concern to governments, airlines, hotel and rental car companies and other travel and tourism providers. In the coming days airline and other booking data should shed more light on the terror attack’s impact on travel demand”, BTC notes.

Founded in 1994, the mission of Business Travel Coalition is to interpret industry and government policies and practices and provide a platform so that the managed travel community can influence issues of strategic importance to their organizations.